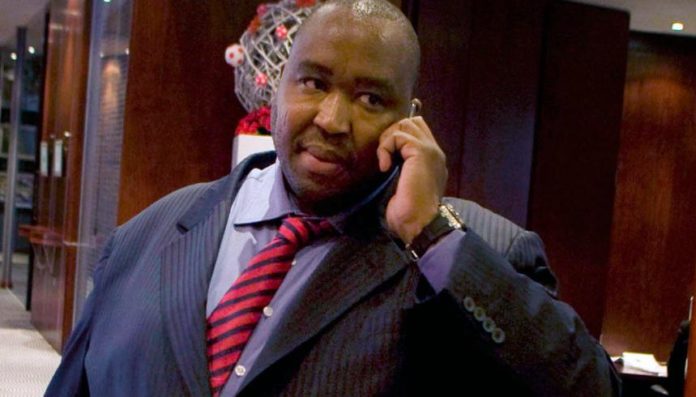 In 2015, Zuma and his fellow Aurora directors Fazel and Solly Bhana, Zondwa Mandela and Thulani Ngubani were found guilty by the North Gauteng High Court of the reckless and negligent management of the Pamodzi mining assets and held liable for the R1,5 billion in damages to the mining assets.

As a result of the conviction, the Aurora directors entered into settlement agreements with the Pamodzi liquidators.

The money to be derived from the agreements would be used to pay the outstanding salaries of the 5 300 former Aurora employees to whom millions of rand’s outstanding compensation is owed.

According to Solidarity general secretary Gideon du Plessis, Zuma was the last of the Aurora directors who failed to comply with the repayment agreements after failing to make the agreed monthly payment of R500 000 in July this year.

“In terms of the original agreement entered into with Zuma, he has to repay R23 million, but if he fails to comply with the agreement, he will be held liable for all the damage amounting to R1,5 billion. However, Zuma only repaid R9,5 million of the of the agreed amount,” explains Du Plessis.

According to Du Plessis, the liquidators’ legal team have meanwhile brought an application for Zuma’s sequestration before the court which will be heard by the Durban High Court on 8 December 2017.

All indications point to the fact that Zuma will not oppose the application as he is now permanently in the UAE.

“The Insolvency Act stipulates that where a person has skipped the country in a bid to dodge creditors such a person’s assets may be seized in the country fled to,” says Du Plessis.

Solidarity, together with the liquidators, trustees and other stakeholders, will do everything possible to see to it that the South African sequestration order is also ratified by a court in the UAE so Zuma’s assets can be seized in the UAE.

Such a sequestration order would also mean that an insolvency probe can be held into all Zuma’s business activities since his appointment as an Aurora director in 2009.

This means all his business transactions during this period would be uncovered, which would hopefully expose who his business partners and beneficiaries were at the time,” states Du Plessis.

Meanwhile, Fazel and Solly Bhana’s final sequestration order should be ratified by the North Gauteng High Court on 13 October 2017.

The insolvency probe into their business interests can then commence and those assets not yet hidden, can be sold to pay workers’ outstanding salaries.

Applications for the sequestration of Mandela and Ngubani should be lodged with the court within the next three weeks.

According to Du Plessis, the Aurora liquidators have already recouped a couple of million rand in the form of initial refund payments made by the Aurora directors, and approximately R7,1 has been recouped from family members of the Bhanas who too have unlawfully benefited from Aurora dealings – the latter have, however, settled their debts dutifully.

“Solidarity is calling on the Aurora liquidators to let its members, who have been registered as Aurora creditors long ago, have their first dividend payments from monies already recouped,” says Du Plessis.

“Solidarity is also calling on the Emirates embassy in South Africa to start with preparatory work for the ratification by a court in the UAE of the court order against Zuma.

“Solidarity also expresses concern over the fact that Khulubuse Zuma may have skipped the country for reasons other than just his Aurora debts, namely to pave the way for other members of the Zuma family who, too, are facing probes and who, too, may want to leave the country to circumnavigate the South African justice system,” cautions Du Plessis.