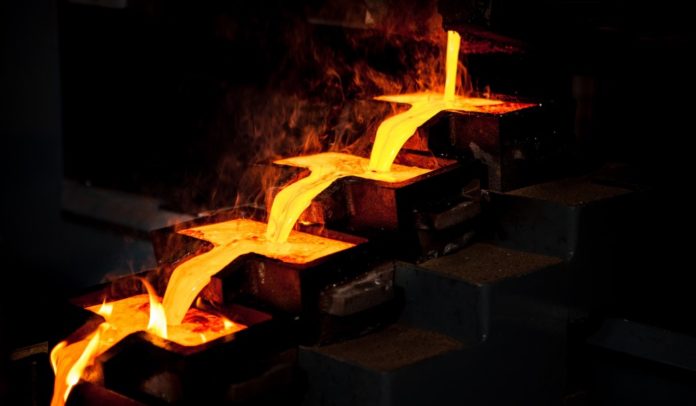 Caledonia Mining Corporation’s 49%-owned Blanket gold mine in Zimbabwe has increased its production by 8.7% to 10 822 oz of gold as a result of higher ore production following the completion of the tramming loop in 2015 and improved recovery, offset by a slightly lower grade.

In addition to increasing its production, Caledonia was able to decrease its all-in sustaining costs by 3.6 % to US$950/oz decrease as fixed costs are spread across higher production and sales ounces.

As a result, the company reported a 3.7% increase in gross profits during the quarter as a result of increased production and sales and a lower average cost per ounce, which was offset by the lower realised gold price of US1 166/oz, down from $1 198/oz recorded in the corresponding quarter in 2015.

“As expected, Caledonia’s net consolidated cash was lower than at the end of December 2015 due to the continued suspension of dividends from Blanket mine as a result of investments at Blanket and the continuation of Caledonia’s dividend.

Towards the end of the quarter, production commenced as planned from the No. 6 Winze and from an additional development which provides access to ore below the 750 m level.

“These developments have substantially improved operational flexibility and are expected to be the main reason for the projected increase in production from 42 800 oz in 2015, to approximately 50 000 oz in 2016.

“The projected increase in production in 2016 is expected to result in improved cash generation due to higher sales volumes and lower costs per ounce of gold as fixed costs are spread over more gold ounces produced,” says Curtis.

Caledonia expects capital investment to moderate somewhat over the remainder of 2016 as work at the Central Shaft moves into the main sinking phase.

“I therefore expect that Caledonia’s treasury will begin to improve in the second half of 2016 when Blanket resumes dividend payments, which will also result in the resumption of the repayment of the facilitation loans from Blanket’s indigenous Zimbabwean shareholders.

“A huge amount has been achieved at the Central Shaft since work commenced in late 2014; in the first quarter of 2016 the main sinking headgear was assembled; the winders have been commissioned and sinking is expected to re-commence within a few days.”

Completion of the Central Shaft remains on track for mid- 2018 and will re-establish Blanket’s position as a low cost operation with excellent prospects to extend the existing mine life.