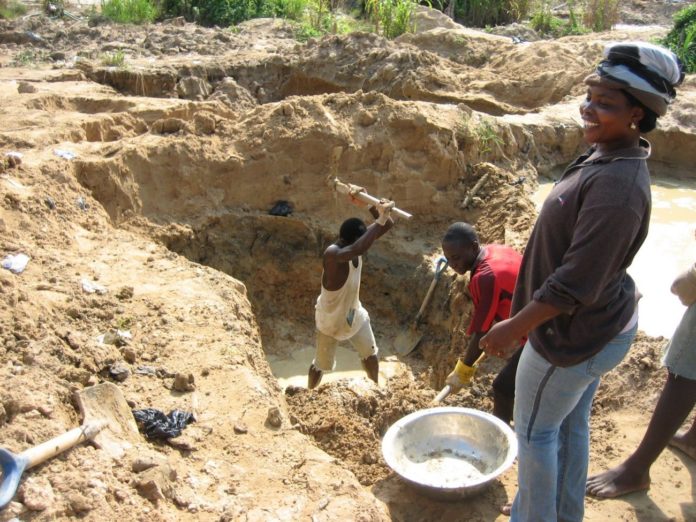 In a statement announced recently, the DMR outlined some of the measures in detail, outlined below.

The Department of Mineral Resources (DMR) initiated a comprehensive research programme in the year 2000 on derelict and ownerless (D&O) mines in order to.

To date the department has rehabilitated 20 asbestos sites on behalf of the state and sealed about 200 mine holdings in Gauteng, Mpumalanga and Limpopo.

This number is inclusive of Langlaagte West Deep Shaft that was prioritised for rehabilitation ahead of other Langlaagte Shafts since it is located within a settlement area and posed potential risk to members of the surrounding community.

It is now commonly accepted that small-scale and artisanal mining has enormous potential for absorbing greater numbers of people in productive employment in SA and most of the countries in Africa.

Within the DMR there is a division dedicated to SSM promotion, specifically focused on surface mining, i.e sand, aggregates, alluvial gold and alluvial diamond mining.

The SSM division assists, those in need, in the permit application process.

“The zama – zama operations in old derelict and ownerless gold mines that fall beyond the scope of the SSM division remain a challenge,” says the DMR.

The stakeholder forums are being facilitated by the DMR and report their activities to the National Co-ordination Strategic Management Team (NCSMT).

The forums have an action plan that is currently being implemented to combat illegal mining.

As a result of the increased illegal mining activities in Mpumalanga, Free State, Gauteng and Northern Cape provinces, the DMR took the initiative and made a presentation on the extent and impact of illegal mining to the Justice Crime Prevention and Security (JCPS) Cabinet Committee.

After the presentation, the Justice and Crime Prevention and Security Ministers directed that relevant departments be brought on board and this led to the establishment of the multi-agency National Co-ordination Strategic Management Team (NCSMT) in June 2010.

Furthermore, given the cross-cutting nature of the issues involved in illegal mining, the ministers mandated the NCSMT to develop a strategy to address the problems associated with illegal mining.

The NCSMT meets once every month, facilitated by the DPCI and coordinated by NICOC.