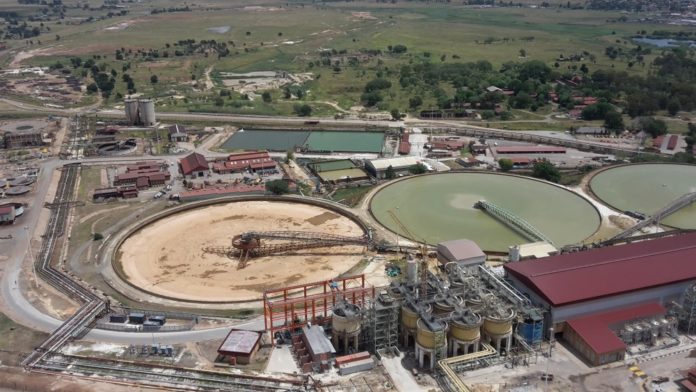 DRDGold achieved this in spite of a 7% decrease in throughput to 5 896 000 t, due to inclement weather, as well as several grid-related interruptions in electricity supply.

In a production update for the quarter, the company states that total operating costs were stable. As a result of the decrease in throughput, operating costs per unit increased by 7% to just over R80/t.

After paying a dividend of R51 million, DRDGold ended the quarter with R416 million in cash and cash equivalents, compared with R254 million in the previous quarter.

Meanwhile, DRDGold managed to obtain a key regulatory milestone during the quarter.

The miner was able to increase the capacity of the Brakpan/Withok tailings deposition facility (TDF) has been achieved, the company reported, with the approval by the Department of Water and Sanitation (DWS) of amendments to its integrated water-use licence to incorporate the bulk of the Withok footprint.

This approval by the DWS paves the way to increase the deposition capacity of Ergo Mining from 200 Mt to approximately 800 Mt, which is enough to receive most of the mine waste tailings in and around the Johannesburg area.

The TDF is used to dispose of all residues from the reprocessing of mine waste from Ergo’s clean-up and reclamation sites across the eastern and western Johannesburg area.

It also serves as a disposal facility for the water treatment plant of the DWS’s Trans-Caledon Tunnel Authority in Boksburg, where the bulk of acid mine drainage (AMD) emanating from the central basin is treated.

The company reported on Monday that the DWS approval not only brings DRDGold closer to a very significant increase in the life of mine of Ergo, but also serves as assurance of a long-term sustainable deposition site for the waste produced by the treatment of AMD.