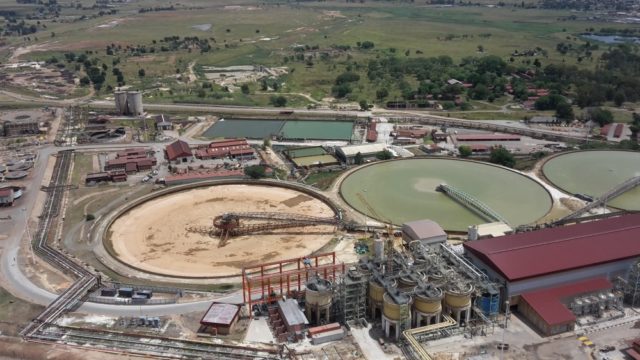 DRDGold said a rise in the average rand gold price helped to offset the impact of lower production as the company continued to focus on the extensive pre-closure clean-up at its veteran Crown operation.

Besides the Crown clean-up, operations in the six months were also affected first by dry conditions and low water quality, and then by flash floods.

Cash operating unit costs increased by 14% to R490 531/kg due mainly to lower gold production, but other contributors were an average 8.5% increase in wages, and a 9% and 14% rise in the cost of electricity and water respectively.

Two new reclamation sites have been commissioned in recent weeks. Reclaimed slimes from 4L2 alongside the M2 freeway, south east of Johannesburg’s centre – which contains 11.9 Mt grading at 0.30 g/t – will report to the City Deep plant at a rate of 300 000 tpm, and then to the Ergo plant for gold extraction.

Reclaimed slimes from 4L37 in Ekurhuleni, which contains 7.2 Mt grading at 0.28 g/t, will report directly to the Ergo plant at a rate of 300 000 tpm for gold extraction for a period of 24 months.

DRDGold CEO Niël Pretorius says the new reclamation sites are expected to enhance consistency in volume delivery and to come in at a much lower unit cost than the sites associated with the Crown clean-up.

DRDGold’s new Central Water Facility on the footprint of the ERPM high-density separation water treatment plant in Ekurhuleni will be commissioned by the end of March 2017, and will provide the two days’ water storage required for the City Deep and Knights operations.

Despite very dry weather conditions until November, dust exceedances for the six months were very low – four out of a total of 588 readings (0.7%).

During the period under review, approval was received from the National Nuclear Regulator and the Gauteng Department of Agriculture and Rural Development for the redevelopment of the cleared 4L8 site, post rehabilitation, where about 90 ha of prime land is available.