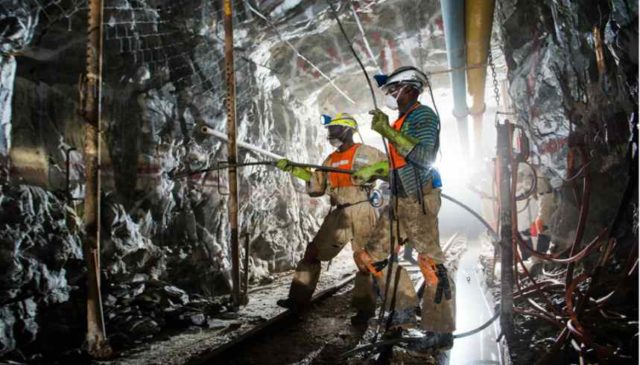 Harmony Gold has announced a fatal injury at one of its South Africa-based deep level gold mines. This sees the country's fatal injury rate continue to steadily increase.

One of Harmony’s Gold‘s employees was fatally injured in a fall of ground related incident at its Masimong mine in Welkom in the Free State on Saturday 18 November 2017.

An investigation into the fatality is underway.

Management have expressed their sincere condolences to the family, friends and colleagues of the deceased.

The Chamber is deeply disturbed and disappointed at the deterioration in safety performance during 2017, and particularly at the number of accidents related to seismic activity and subsequent fall of ground incidents in the past several weeks in each of which up to five employees have died.

This is particularly disappointing given the consistent improvement the industry has seen over the past two decades the Chamber states. Between 1993 and 2016, the number of fatalities in the industry declined by around 88%. Fatalities as a result of fall of ground incidents declined by 92% over the same period.

Fall of ground incidents, particularly at deep level mines, is an area that joint industry efforts have focused on most intensively in the past several years. This is reflected in the more than R150 million that the Mine Health and Safety Council (MHSC) has invested in falls of ground research recognising that South Africa operates the deepest mines in the world.