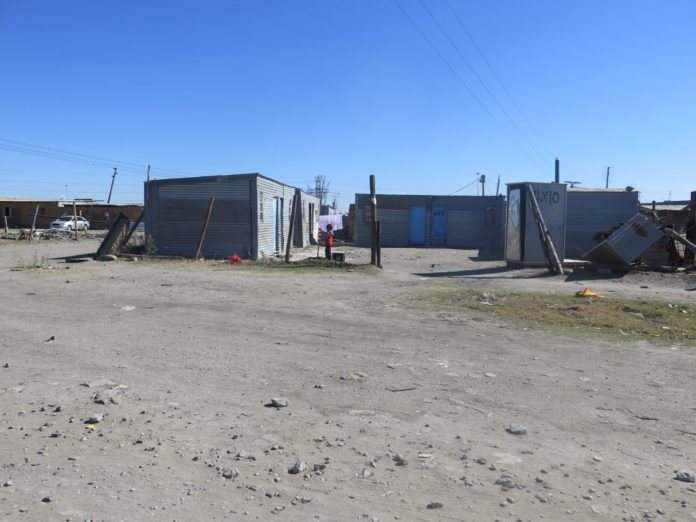 In the wake of the 4th anniversary of the Marikanna tragedy, platinum mining giant Lonmin still falls short to deliver adequate housing for its workforce in Marikana.

This in spite of the resounding wake-up call Lonmin received of the killing of 34 striking mine workers in 2012, human rights group Amnesty International revealed in a recent statement based on a report it completed on the event.

In August 2012, violence broke out at Marikana after thousands of rock-drill operators went on strike. Police opened fire, killing 34 people on the day.

The report, Smoke and mirrors: Lonmin’s failure to address housing conditions at Marikana, exposes how very little has changed for the approximately 20 000 miners working for Lonmin at Marikana.

Many of whom are still living in squalor in spite of legally binding commitments made by the company to build more houses.

“The catastrophic events of August 2012 should have been a decisive wake-up call to Lonmin that it must address these truly appalling living conditions,” says Deprose Muchena, Amnesty International’s Director for Southern Africa.

“The company’s failure to improve employees’ housing is baffling and irresponsible in the extreme. Lonmin is aware that dire housing contributed to the unrest four years ago that ultimately led to the death of dozens of miners,” says Muchena.

[quote]In 2012 thousands of Lonmin employees were living in squalid conditions in informal settlements around the mine at Marikana.

Lonmin was well aware of the situation and had, under its 2006 Social and Labour Plan (SLP), committed to construct 5 500 houses for workers and upgrade the single-sex barracks-style hostel accommodation into family or bachelor units by 2011.

SLPs are legally binding documents based on South Africa’s Mineral and Petroleum Resources Development Act (MPRDA) and the Mining Charter.

By failing to deliver on its commitments under this agreement, Lonmin was already in clear breach of its legal obligations in South African law at the time that miners in Marikana began their strike over pay and conditions in 2012.

This fact was highlighted by the Farlam Commission – a body appointed by the South African government to investigate the circumstances that led to the August 2012 violence.

The commission concluded that housing conditions for much of Lonmin’s workforce were extremely poor and “created an environment conducive to the creation of tension, labour unrest and disunity among its employees or other harmful conduct”.

Testifying in front of the Farlam Commission, a senior Lonmin official conceded that the living conditions were “truly appalling” and acknowledged that they contributed to a breakdown in relations and trust between Lonmin and its workforce.

And yet, little has changed, with thousands of mine workers living in the nearby informal settlements like Nkaneng.

“That is not normal at all. Even the back houses (toilets) we use are terrible, there are always flies about that get into your shack,” says the worker.

In interviews and written correspondence with Lonmin executives in 2016, Amnesty International challenged the company to explain how it justified the on-going failure on housing and what it intended to do about the situation.

The company admits that 1 500 mine workers still lack formal accommodation.

Lonmin has offered a litany of “often contradictory”, and in some cases false, excuses for its failures Amnesty International states.

However, Lonmin executives told Amnesty International that the company had no intention of building the 5 500 housing units originally promised in its 2006 SLP.

“Lonmin is playing a very dangerous game in making promises it has no intention of honouring,” said Deprose Muchena.

“It’s shocking admission that it has no intention of fulfilling its legal obligation under the SLP flies in the face of South African law in addition to well-accepted international standards on business and human rights.”

Lonmin is currently operating under a new SLP covering 2014 to 2018 which contains only two new initiatives to address the “truly appalling” housing situation at Marikana.

One involves building apartments that employees can rent.

However, although this plan was developed in 2013 or earlier, as of mid-2016 the company has made very little progress and has said that it needs to renegotiate its financial commitment to the plan because of the current economic climate.

Although, this appears to be dependent on securing a financial arrangement with banks and property developers – its inability to secure such a partnership was one of the excuses given to explain its failures under the 2006 SLP.

Amnesty International is calling on the Minister of Mineral Resources to investigate and, if required, sanction Lonmin over its failure to fulfill the terms of its SLP on the provision of 5 500 houses, in line with the Farlam Commission’s recommendation.

The company should also be required to provide the Department of Mineral Resources with updated proposals to address employee accommodation under its new SLP.