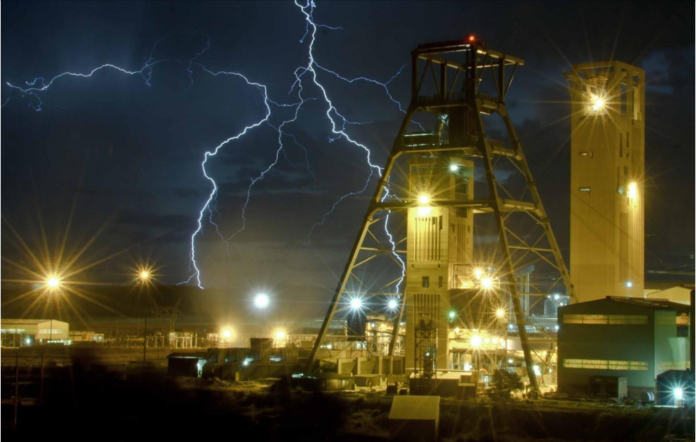 “It is pleasing to report our H1, 2016 results into a much more buoyant gold market compared with the start of the year. Following Brexit at the end of June, the gold price has increased almost $100/oz and is approximately $250/oz higher than our planning price for 2016,” says Gold Fields CEO Nick Holland.

Operating profit for the Group also increased by 22% from $522 million to $639 million due to the increase in revenue and the decrease in net operating costs.

With no fatalities reported in H1, the higher rand gold price and favourable working capital movements, Gold Fields delivered a net cash outflow for the period of R50 million, compared with an outflow of R728 million in H1, 2015.

Within this half year number, it is worth noting that the mine was cash positive in the June 2016 quarter.

Attributable gold production from the West Africa region was 7% lower YoY in H1, 2016 at 311 000 oz, due to lower production at both Tarkwa and Damang.

However, AIC for the region decreased 9% YoY to $1 052/oz, mainly as a result of lower net operating costs and lower capital expenditure, partially offset by lower gold sold.

The region generated net cash flow of $26 million for the six months to June 2016.

The conclusion of a development agreement with the government of Ghana was a key milestone during H1, 2016 and provides the platform for targeting many years of sustainable production by Gold Fields in Ghana.

The lower royalties will become effective in 2017.

“We continue to evaluate a range of options for Damang, with additional work required following the conclusion of the development agreement,” says Holland.

The company expects to make a decision and provide an update to the market before year-end.

The higher AIC relates to increased capital expenditure of R211 million ($15 million) to R1 210 million ($86 million) due to a change in strategy on housing (decision to build instead of rent) and the acquisition of additional new fleet.

The remainder of the increase is due to higher working costs, which comprise higher bonuses due to higher gold production achieved relative to plan as well as the investment in additional resources in line with the strategy to sustainably improve all aspects of the operation.

The mine took advantage of the higher gold price and the benefits from the development agreement to increase capital stripping in order to increase flexibility for 2017 and beyond.

Acquisition of Bokoni not a done deal for ARM