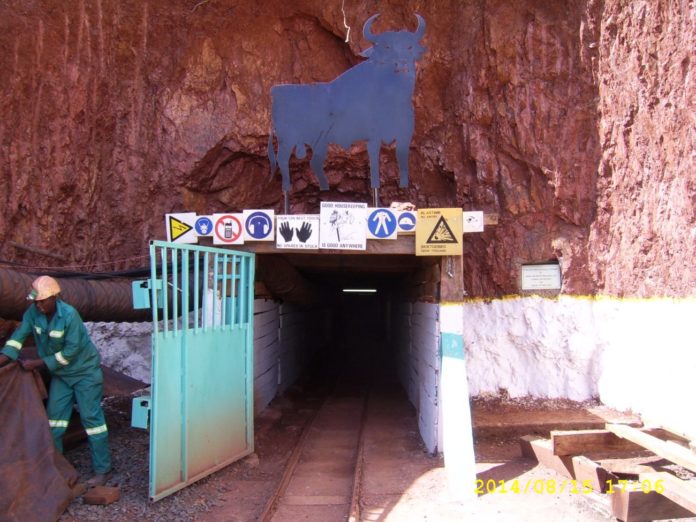 Goldplat aims to achieve this on the back of the commissioning of a new gold recovery plant at the Kilimapesa operation in Kenya.

Goldplat chief executive Gerard Kisbey-Green is confident that it will return Kilimapesa to profitability during the 2017 financial year, with plans already in place to expand Kilimapesa by increasing processing capacity and production in a staged process, in turn making the mine profitable.

While announcing its financial results for the year ended 30 June 2016, Goldplat noted that Kilimapesa was in a loss-making position during 2016, primarily due to plant throughput capacity constraints at its original treatment plant.

Gold production decreased to 2 005 oz during the 2016 financial year , compared with 2 278 oz in 2015, with 1 999 oz being sold during 2016. The slight decrease in production was primarily due to a reduction in artisanal tailings sourced during the year.

As a result, the company is underway with establishing a new processing facility and tailings deposition site near its Kilimapesa Hill mining operation, which will increase the operations’ processing capacity to 3 000 tpm.

The new processing plant is expected to be completed in the first half of the 2017 financial year, while the original treatment plant will continue to be used to process high grade artisanal tailings.

In preparation for the construction of a new processing plant and tailings facility, the Environmental Impact Assessment was approved and all agreements regarding land usage were concluded.

With design and construction drawings and layouts completed, work commenced on the new plant project during 2016.

A CIL plant, which was de-commissioned at Gold Recovery Ghana during 2015 was de-constructed and shipped to Kilimpaesa for re-erection during  2017. Two new second-hand ball mills were acquired in South Africa and one of these was shipped to Kilimapesa.

Fabrication of infrastructure for the new plant is taking place at Goldplat Recovery in South Africa and shipments to Kilimapesa began during 2016.

During 2016, Kilimapesa Hill remained the primary source of production with additional gold being recovered from artisanal material and limited amounts from exploration work on the Teng-Teng mine.

Focus at Kilimapesa Hill during the year was on re-opening the Adit D and once complete activities focused on understanding geological structures and value trends, developing mining blocks through on-reef drives and raises between the levels, and establishing second outlets.

All high grade material mined was delivered to the processing plant for treatment and low grade material was stockpiled for later processing during commissioning of the new plant during the 2017 financial year.

Following de-watering and equipping of the previously abandoned and flooded Teng-Teng shaft during 2015, the underground workings were rehabilitated and re-equipped in preparation for further on-reef exploration work. Reef drives on the lowest level opened up new ground and raises were developed to delineate potential mining blocks.

A second outlet was developed for safety purposes as well as to facilitate rock and material handling during the decline shaft deepening planned for 2017.

To gain a better understanding of the resource, and in preparation for the planned increase in underground production rates, two part-time geologists have been employed.

They will also guide the exploration programmes at Teng-Teng and other sites, and maintain compliance with regulatory requirements.

To date, Kilimapesa has been financed within the group, but alternative ways to re-finance this capital investment are being considered.

No capital was spent on exploration during the year under review, other than on Teng-Teng, despite the significant potential known to exist within the greater exploration permit.