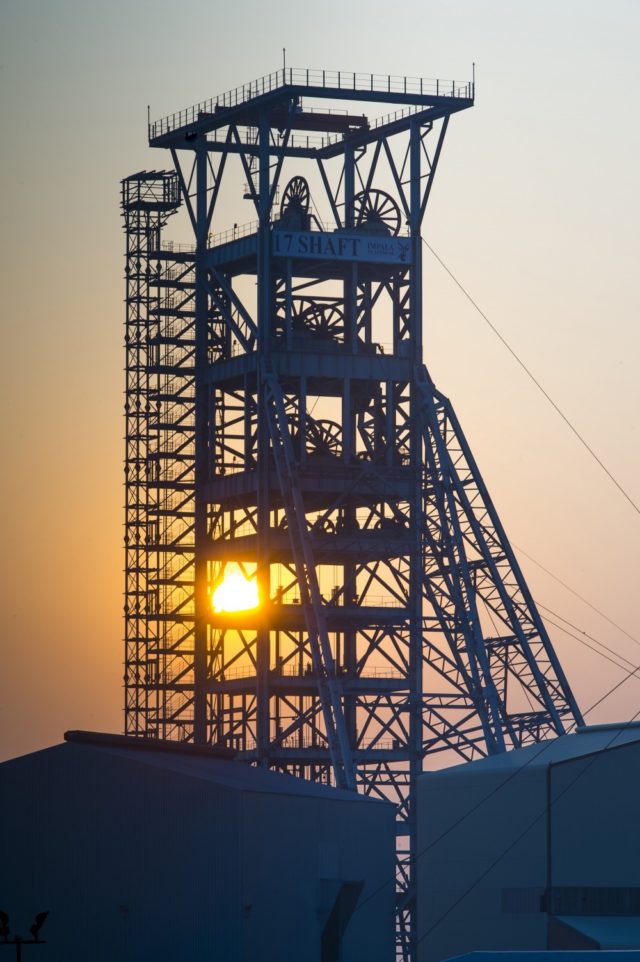 Positively, Implats was able to increase its platinum production by 9.8% and reduce on‐mine costs by 15.6%

Gross refined platinum production increased to 692 100 oz, primarily due to the impact of the ramp‐up of operations at Impala Rustenburg in the previous comparable prior period following the five‐month wage strike, and increased production from the Group’s Zimplats operations in Zimbabwe.

Gross cash improved to R6.4 billion and the Group generated R630 million free cash after replacement capital expenditure during the period under review.

The weakened South African rand provided some support to rand revenues and the rand denominated PGM basket price averaged R21 843 per platinum ounce, some 15% lower than the comparable period in the prior year.

While Implats achieved its lowest‐ever 12‐month moving average fatal injury frequency rate and has spent more than R1 billion on safety initiatives over the past few years, the Group has experienced a devastating series of fatal incidents in recent months.

On 22 January 2016, four employees tragically lost their lives in one of these incidents following an underground fire at Impala Rustenburg’s 14 Shaft.

“Safety remains a significant challenge for us. These recent fatalities have necessitated a thorough review of our safety practices throughout the Group,” says Implats CEO Terence Goodlace.

Strengthening of the balance sheet

Implats strengthened its balance sheet during the period under review through a successful R4 billion equity‐raising, the proceeds of which are earmarked for the completion of the new 16 and 20 shaft complexes at Impala Rustenburg.

Excluding the cash raised through the equity placement and R772 million project expenditure on the 16 and 20 shaft projects, the Group generated R630 million free cash for the six months ended 31 December 2015, despite operating in a period when rand metal prices were low.

This was largely due to Impala Refining Services (IRS) sustaining its considerable financial contribution to the Group.

Implats has made substantial progress on a number of initiatives that were announced in 2015 in response to persistently low US dollar metal prices, including:

In this process, Implats will redeploy people across the Rustenburg operation, and at this stage, the

Group estimates that it will lose approximately 50 000 platinum ounces in the second half of the year due to this incident.

Given this and the expected impact of ongoing Section 54 stoppages, production at Impala has been revised to between 630 000 and 650 000 ounces of platinum for FY2016, and the preliminary production estimate for FY2017 is between 700 000 and 710 000 ounces. Thereafter, the previous guidance of building up to 830 000 platinum ounces per annum by FY2020 remains unchanged.