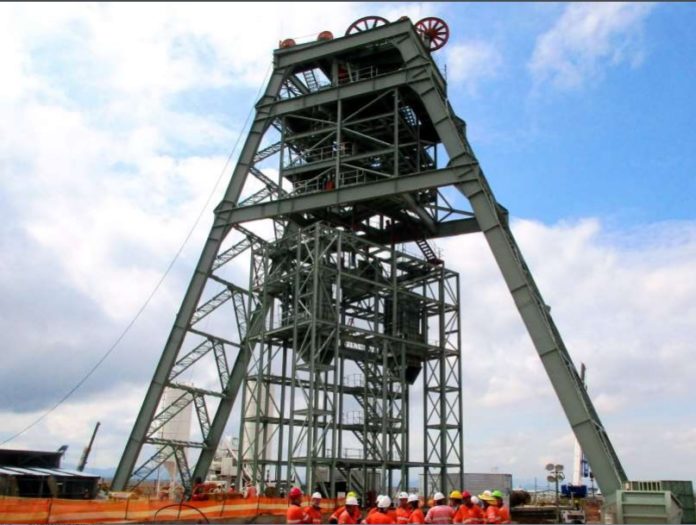 Ivanhoe Mines does not condone the attempt by MiningWatch Canada to spread falsehoods about the Platreef mine development project in the South African province of Limpopo.

The recycled and false allegations published by MiningWatch Canada recently are not new and previously have been rebutted by Ivanhoe Mines and its South African subsidiary, Ivanplats.

In the MiningWatch Canada statement, it states: “Community representatives from Mokopane, Limpopo Province, assert that the government has unlawfully granted [Ivanhoe] permits for the relocation of hundreds of ancestral graves in an area excluded from its designated mining area.

The community has protested to the government and the Canadian High Commission against the violation of graves and the lack of enforcement of laws and customary rules protecting them.

Derrick Tsita, spokesperson for Mokopane Interested and Affected Communities Committee (MIACC) says, “The granting of these permits is a final insult to our human rights and our human dignity.” Community members were further outraged when they recently learned that Ivanplats has stocked its office in Mokopane with cheap coffins – normally used for paupers’ funerals – for use in these reburials.

The permits were issued despite Ivanplats not having obtained written consent from the community in terms of its customary and administrative practices, as recognised by the South African Constitution.

Written consent is an express prerequisite under national legislation meant to provide communities the right to participate in decision-making processes in matters that directly affect them.

Community members who have spoken out about their concerns have faced violence,”

Ivanhoe Mines states that it is disappointed, although not surprised, that MiningWatch Canada has chosen to act as “a Canadian blinkered cheerleader for the falsehoods and misrepresentations that have been perpetuated, and violent acts that have been staged, by South African activist Aubrey Langa who previously has been convicted by South African courts of furnishing false information, robbery and attempted murder.

[quote]Ivanplats is a South Africa-based subsidiary company that is 64%-owned by Ivanhoe Mines, 26%-owned by South African broad-based black economic empowerment partners – consisting of 20% belonging to 20 local communities with a combined population of approximately 150 000, 3% in the hands of historically disadvantaged project employees and a further 3% held by local entrepreneurs. The final 10% is owned by a Japanese consortium.

One fact that speaks volumes about MiningWatch Canada’s conduct is that the anti-mining organisation has never contacted senior representatives of Ivanhoe Mines or Ivanplats and sought to openly discuss any purported concerns the company states.

“Instead, MiningWatch Canada chose to grandstand and seek to mislead shareholders, other stakeholders and the media by issuing a news release, riddled with false allegations, just hours before Ivanhoe Mines’ scheduled Annual General Meetingin Vancouver.”

Ivanhoe Mines has always recognised that the on-going support of neighbouring communities is essential to the success of the Platreef Project. Ivanplats’ staff, over a period of more than 15 years, has established productive working relationships with residents and traditional leaders in the 20 communities that surround the site of the planned mine.

Contrary to claims promoted by MiningWatch, Ivanplats says ithas demonstrated the utmost respect for historical gravesites and has fully complied with all prescriptions laid down by the relevant authorities.

Furthermore, Ivanplats did fence off the sites once the required permissions were obtained from next-of-kin; and the South African Heritage Resources Agency provided inputs during the Environmental Authorisation application. In addition, no unauthorised blasting has been conducted at the mine development site.

Ivanplats was granted a mining right, or licence, for Platreef by South Africa’s Department of Mineral Resources on May 30, 2014, which took legal effect on November 4, 2014. The Limpopo Department of Economic Development, Environmental Affairs and Tourism issued an environmental authorization to Ivanplats on June 27, 2014, under terms of the National Environmental Management Act, 1998.

Ivanplats has earned, and respects, the support of the overwhelming majority of the residents of Mokopane. Critics of the planned Platreef Mine constitute only a small group that consistently numbers no more than 100 people who stage organised protests.

That group is led by individuals who have self-serving agendas and who do not have legitimate concerns relating to the community at large, nor do they have any significant support from the approximately 150 000 people who make up the host communities around the mine development project.

The Platreef mine never can be the sole answer to the socio-economic problems facing the communities of Mokopane, where poverty and unemployment pose huge challenges for all of the people in the area.

However, Ivanhoe Mines is confident that this multi-billion-rand development project not only will become a major mining operation but it also will contribute significantly to job creation, skills training and economic development opportunities, impacting positively on the lives of people living in Mokopane and area communities.