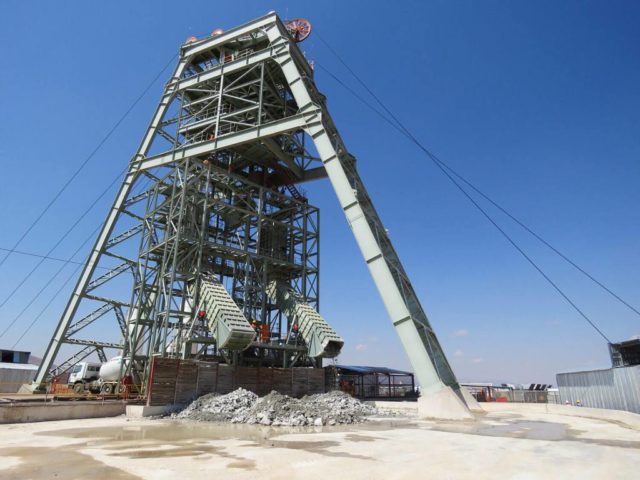 Ivanhoe Mines’ geologists have received the 2016 Colin Spence Award for excellence in global mineral exploration for the Flatreef discovery in SA.

Robert Friedland, executive chairman of Ivanhoe Mines and Lars-Eric Johansson, CEO of the TSX-listed base metals player, have congratulated Sello Kekana and Dr David Broughton, two key members of the Ivanhoe Mines exploration team, who have received the 2016 Colin Spence Award for excellence in global mineral exploration from the Association for Mineral Exploration British Columbia (AME BC).

AME BC’s Colin Spence award recognises individuals who have made a significant contribution to enhance mineral resources through the original application of prospecting techniques or other geoscience technology.

The awards to Kekana and Broughton cite their roles in the discovery and delineation of the high-grade, flat-lying Flatreef underground deposit now being developed at Ivanhoe’s Platreef platinum-group metals, nickel, copper and gold mining project on the northern limb of the Bushveld Complex in South Africa’s Limpopo province.

Kekana is head of transformation at Ivanplats, the Ivanhoe Mines subsidiary developing the Platreef mine, while Dr Broughton is senior advisor, exploration and geology, with Ivanhoe Mines.

“The recognitions of Sello and David for their contributions to the exceptional Flatreef discovery are proud achievements for the individuals and an honour for our company,” said Friedland.

“On behalf of the women and men of Ivanhoe, Mr Johansson and I congratulate Sello and David. It is a particularly remarkable ‘reward of destiny’ for Sello, who was born and raised in a small village that adjoins today’s Platreef Project in the fabled Bushveld Complex.

“He used to graze his family’s cattle on one of the farms that overlaid the Flatreef Discovery. Today, thanks in part to Sello, we’re confident that Platreef will eventually become one of the world’s great platinum mines, contributing to economic growth across the region and providing opportunities and inspiration for a new generation of South African geologists to follow in his footsteps.”