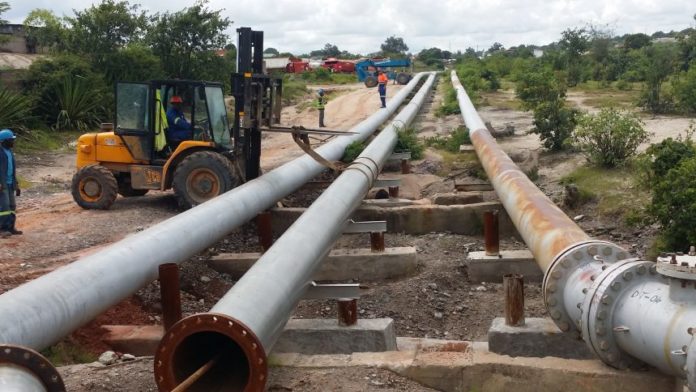 The plant is an empowerment initiative that will create 76 direct jobs at peak operational capacity in the Mokopane community.

The plant was officially opened 01 November 2017, by the premier of Limpopo Chupu Mathabatha and CEO of Anglo American Platinum Chris Griffith.

The plant consists of an ultra-modern pipe mill that manufactures a variety of technically advanced steel piping for the distribution of water, oil and gas.

The plant will supply customers in Limpopo and sub-Saharan Africa.

“This initiative is one of the best, especially because it will create jobs in a volatile economy. We applaud Anglo American Platinum on this endeavour and believe that the same initiatives are going to follow suit wherever they operate,” notes Mathabatha.

Anglo American Platinum will be a customer of the plant, thereby ensuring a stable order book and stable community employment.

The plant was commissioned in October 2017 and will be API’s first facility in Limpopo Province. Together, the Sasolburg facility and the Limpopo facility makes Africa Pipe Industries the dominant player in large bore steel pipe manufacturing in South Africa.

API will operate the plant and have been responsible for the technical know-how on the plant design, building construction, and equipment installation.

“We are very pleased to be partnering with API in the construction of this facility in Mokopane,” comments Griffith.

“It is an excellent local enterprise development project, introducing a new industry to the area that will create new skills and employment in the community and it is part of our commitment to enabling sustainable mine community development,” he continues.

“We are proud to have established this manufacturing facility in Limpopo Province in partnership with Anglo American Platinum to support enterprise development in the province,” notes CEO of API John Jansen van Nieuwenhuizen.

“We truly believe that this new facility will create opportunities for the local community to contribute to South Africa’s expanding infrastructure requirements,” he adds.