Lily mine inspection aborted due to unsafe ground conditions 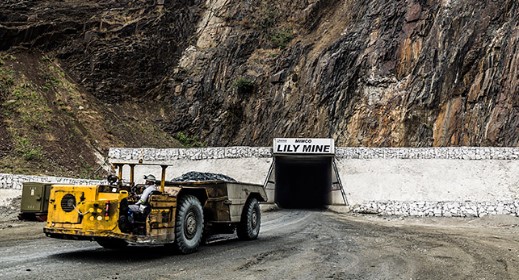 This decision was taken following a risk assessment earlier this week by rescue and recovery services provider Mines Rescue Services (MRS) using a sophisticated mini video camera to examine the state of the two access shafts – the recently drilled rescue shaft and the original ventilation shaft.

The investigation revealed deterioration along the 600 mm rescue shaft side walls in numerous places rendering it unsafe to hoist personnel out of the mine in the event of an emergency.

As a result of this deterioration, the second outlet has been totally compromised, Lily mine business rescue practitioner Sturns said in a statement.

Given that the rescue shaft has been totally compromised, and there is no second outlet or means of escape from the underground workings to surface, as required by law, the planned inspection cannot proceed, the investigation concluded.

MRS advised that underground access through the ventilation shaft would be extremely unwise and endanger the lives of the other team, which includes expert rock engineers, the DMR, union representatives, senior mine management and MRS personnel.

Based on the findings, a collective decision between mine management from Lily mine owner Vantage Goldfields, trade union representatives and MRS has been made to abort the attempts to inspect the localised geological conditions underground.

The Department of Mineral Resources (DMR) and the Chamber of Mines have been informed of the decision.

Despite the decision taken, the company’s original plan to develop a new decline remains in place.

Sited 400 m from the disturbed area, the development of a new decline represents the best option to access the underground workings safely

Plans to implement this remain on track.

On 5 February this year a lamp room container sank into a sinkhole created by a collapsed pillar underground, leaving three employees trapped underground.

The initial retrieval and rescue of the container had been aborted after three attempts to retrieve it in February.