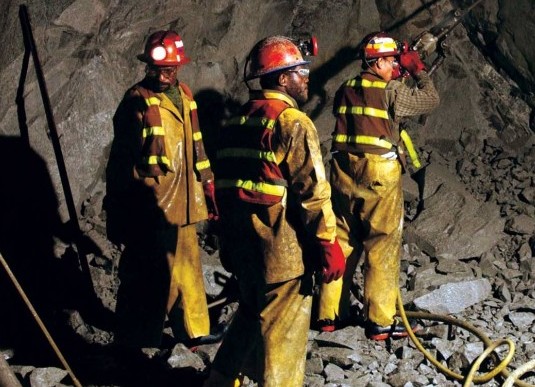 Lonmin, one of South Africa’s largest platinum producers, has reduced the number of retrenchments it anticipated making as part of its cost base reduction plan.

This is according to a statement made by the Association of Mineworkers and Construction Union (AMCU) on Wednesday. It did not indicate how many jobs had been ‘saved’.

The statement said that the Section 189 discussions between Lonmin management and AMCU were concluded earlier this week – “and we are delighted to announce that of the 6 000 employees who were at risk of being retrenched, we were able to reduce [this]”.

[quote]Lonmin previously announced that 4 500 of its full-time employees and 1500 contractors would be retrenched. The process, which was expected to take two months and had run over for a lengthy seven months, is a first in South Africa.

The process was divided into three sections namely the voluntary severance package (VSP), re-skilling and redeployment of workers.

“The implication of losing so many jobs is devastating and will have a dire impact on the economy. Although we pride ourselves in the amount of jobs we have saved, we would have been more content knowing that no jobs were lost instead. We as AMCU will continue to fight in saving jobs and a decent living wage,” the statement concluded.

Lonmin first announced its restructuring programme last year as part of its business plan to become more financially secure. It started with the freezing of general recruitment and natural attrition to reduce workforce levels. In addition, over 1 550 employees left the Group through voluntary separations and early retirement by 16 October 2015.

The 6 000 employee retrenchment programme as originally announced was due for completion by the end of September 2016.

In addition to its consultation process with AMCU, Lonmin’s majority union, it has also been in discussion with the other unions and non-unionised employees.

Both processes have been facilitated by the Commission for Conciliation, Mediation and Arbitration (CCMA). The consultation period has been extended by mutual agreement of all relevant stakeholders to enable full exploration of all alternatives to forced retrenchments.