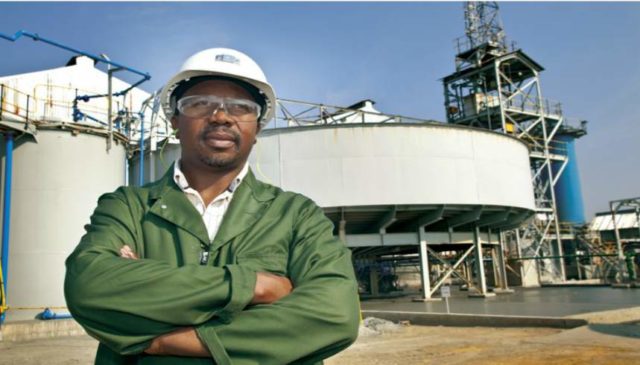 This allows dual-listed Lonmin to extend mining at its Saffy shaft without having to spend R2.6 billion of capital expenditure.

Lonmin has received consent of its lending banks for its acquisition of the Pandora JV and a preemptive waiver of its Consolidated Tangible Net Worth (TNW) covenants for the period from 30 September 2017 to 30 March 2018.

Acquisition of the Pandora JV

As announced on 7 August 2017, Lonmin received approval from the Department of Mineral Resources for both its S11 applications to acquire the interests of Anglo American Platinum and Northam Platinum in the Pandora JV.

This followed the Competition Tribunal approval received in May 2017.

The completion of the transaction is also subject to the consent of Lonmin’s lending banks, which is announced today.

The completion of the Pandora transaction unlocks significant synergies.

It allows Lonmin to extend mining at its Saffy shaft without having to spend R2.6 billion of capital expenditure, of which R1.6 billion would have been required over the next four years.

Lonmin expects to complete the acquisition before the announcement of its full-year results in November 2017, having met all the remaining administrative conditions precedent.

As also announced on 7 August 2017, Lonmin’s management team is focused on pursuing options to preserve value for shareholders and safeguard the long-term interests of employees and all key stakeholders through the operational review.

Lonmin is exploring several initiatives and is currently progressing early stage discussions with a variety of parties.

As detailed on 15 May 2017 in Lonmin’s interim results, the company’s loan facility agreements require it to test two covenants related to its TNW every six months.

The group’s TNW is predominantly affected by macroeconomic factors outside Lonmin’s direct control, including the period-end US dollar/South African rand exchange rate and PGM price outlook.

Lonmin is currently in the process of finalising the 30 September 2017 financial statements and the calculation of its TNW as at its 30 September year-end; however, as a preemptive measure and in order to focus on the operational review, Lonmin has requested and obtained a waiver of both covenants for 30 September 2017.

Lonmin has also agreed with its lending banks, as a condition to the waiver, to cancel its revolving B2 facilities of $21 million and to leave undrawn approximately $200 million of remaining revolving credit facilities during the waiver period.

Lonmin will continue to regularly update its lending banks to ensure their consent for the implementation of initiatives identified by the operational review.

The remaining revolving credit facilities will be available following the end of the waiver period subject to the banks being satisfied with the resulting business plan and Lonmin’s ability to pass the TNW covenant tests at that time.

The group’s liquidity is expected to be adequate for the waiver period, taking into account the company’s past working capital requirements, particularly during the first quarter of the financial year, with the continued support of the lending banks and absent any material unforeseen adverse events.

Lonmin has generated cash in Q4 resulting in an increased net cash position of approximately $100 million from $86 million at the end of Q3 2017 (unaudited).

Lonmin expects sales to be slightly above guidance for the financial year 2017 and confirms unit cost and capex guidance.