Dual-listed Lonmin, one of the world’s largest primary platinum producers, has announced its production results for the quarter ended 30 June 2017.

Lonmin states that regrettably, two colleagues were fatally injured during the period. As reported in interim results, Simon Sibitane, a locomotive operator at 4B on 11 May and Mangi Bunga, a team leader: rail and haulage maintenance at 4B on 29 June, died following a tramming incident.

The five fatalities experienced during the first nine months are unacceptable.

Lonmin will be holding a safety workshop with stakeholders this month as it continues to work with all stakeholders to identify and implement sustainable remedies. 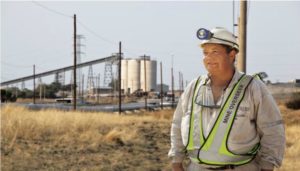 “We had a pleasing operational performance all round and continue with our decisive work and aim to be at least cash neutral even at current low PGM prices and a strong Rand,” says Lonmin CEO, Ben Magara.

“I am pleased that with the right team in place, our mining turnaround has been sustained. I am grateful to our employees who have worked hard to produce the results we are seeing.

“We continue to find levers to pull, in this ‘lower prices for longer’ environment and to make the improvement of our performance a priority.

“I am particularly pleased that our net cash has improved.

“Despite the difficult global macro-economics and the complex and challenging socio political operating environment, we are still able to find common ground for Lonmin to deliver this sustained improved performance,” he continues.

The Marikana mining operations (including Pandora) produced 2.7 million tons during the third quarter, an increase of 3.8% or 97 000 tons on the prior year period, reflecting a strong performance from Lonmin core Generation 2 shafts in spite of the planned decrease in production from the Generation 1 shafts in line with our strategy to reduce high cost production in a low price environment.

Tons mined from our Lonmin Generation 2 shafts (K3, Rowland, Saffy and 4B) were 2.2 million tonnes, an increase of 9.0% on the prior year period and accounted for 84% of total tonnes mined, emphasising Lonmin’s continued focus on improving production at these shafts, which are important for the company’s future.

Rowland shaft produced 528 000 tons, an increase of 20.8% on the prior year period and a quarter on quarter increase of 16.8%. This was the shaft’s best quarterly production since the fourth quarter of the 2011 financial year and the best Q3 output in the last eight years.

4B produced 314 000 tons, a decrease of 26.5% on the prior year period, impacted by safety stoppages associated with the two fatalities.

Despite the poor start to the financial year, tons mined from the Generation 2 shafts for the nine months to 30 June of 5.9 million tons are now in line with the prior year. 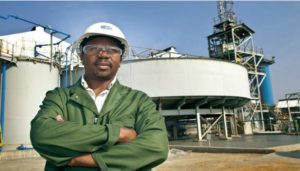 This result illustrates the extent of the momentum the mining team has established in the last five months, following the weak first four months. Traditionally, the fourth quarter is our strongest in terms of production and we anticipate this momentum to continue absent any unforeseen interruptions to the mining production run.

Lonmin on track with our plan for development crews deployed to stopping areas to revert to their own working areas by the end of the financial year.

Some of these shafts are managed as a coherent unit and are run by contractors, providing better flexibility to retain or stop them, depending on their profit contribution to Lonmin.

The combined E3 unit (E3 plus the Pandora JV) only produced 6 000 tons or 4% less in Q3 FY17 when compared to Q3 FY16,  despite losing around 35 000 tons during May, when community protests disrupted production around the unit, as explained later in this report.

Production lost due to Section 54 safety stoppages in the quarter totalled only 44 000 tons. This was 199 000 tons better than the prior year period.

Milling production in the quarter of 2.7 million tonnes was in line with tons mined of 2.7 million tons, and 7% higher than the 2.5 million milled in the prior year period, as a result of the improved mining performance.

The main reason that the overall grade is down is because of the change in the ore type mix. During the quarter, the Merensky proportion of tons milled was 3% more than the proportion milled during Q3 2016 (29% vs 26%).

There was also a slight drop in the UG2 grades during the quarter as a result of increased dilution from leader seams at K3 UG2 for the period.

Concentrator recoveries for the quarter continue to be excellent at 86.8%.

Refined platinum production continued to benefit from the smelter clean-up project, which released 8 942 platinum oz during the quarter, compared to 8 865 oz in the prior year period. 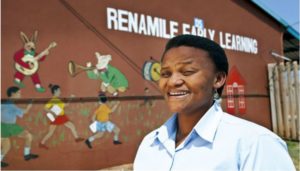 Lonmin experienced some community unrest during May. The company is working with community leaders and have enlisted assistance from labour and other key stakeholders to assist us to create a stable operating environment.

Contractors have also been engaged, where possible, to make opportunities for job creation for community members. Generally the community relations around the operations are improving.

All images courtesy of Lonmin