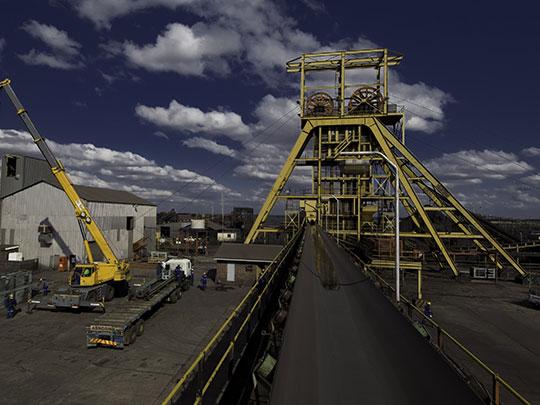 According to a statement made by NUM on Tuesday, the sexual harassment incident involved a manager at ferrochrome producer Assmang’s Black Rock mine in the Northern Cape.

The victim, a NUM member, is being assisted by the union to get justice by ensuring that the alleged perpetrator does not continue to interact with other employees in the operation.

“What angers the union and its members at Black Rock, is the vile and disgusting treatment the employee received from the company, whose management is hell-bent on defending one of their own and thus violating several rights of the victim,” the statement read.

This includes being subjected to an intrusive polygraph test as well as being suspended and charged by the company for reporting the sexual harassment.

The NUM has reported this matter to Assmang senior management, whom the NUM regional leadership recently met with to highlight the levels of secondary victimisation muted by the company management at the operation.

Unfortunately, matters affecting women and especially NUM members seem not to be high on their agenda and the victim remains suspended, while the alleged perpetrator remains at work, says Num.

The union is seeking urgent legal counsel on this matter.

Its first objective is to ensure all charges against its member are withdrawn; secondly, the alleged perpetrator is put on precautionary leave. The third is for the company to investigate the role played by the management in covering up the incident and victimising the member by subjecting her to a polygraph test and subjecting the victim to a disciplinary process (especially the senior general manager and human resource Manager).

“What is also ironic is the very same manager in question is one of three that the NUM has lodged a grievance against their appointment, as the company failed to follow its own recruitment policies in their appointment,” says NUM.

The union says it will leave no stone unturned in the fight against women abused and thus ensuring all workplace rejoice and promotes the rights of employees.

“There is a need of a high level of awareness of policies to empower and protect women in the mining industry, including policies on sexual harassment,” says NUM.

The union stresses that a policy on the protection of victims of sexual harassment and other forms of gender discrimination should be strengthened in the mining industry and publicised among women employees so that when these cases arise, women can speak out without fear.