Pan African Resources has reported that a fatality took place when a mining accident occurred on 15 February at the Evander 7 shaft complex, which is being refurbished.

Velile Chaplin Kapa (54), an engineering assistant employed by the operation, sustained a fatal head injury when a section of the main shaft pump column failed while he was working in the shaft bottom area. Pan African’s management and board express their sincere condolences to the family, friends and colleagues of Kapa.

Pan African Resources said in a trading update in December last year that a refurbishment programme is being conducted at Evander’s 7A shaft.

In conjunction with the 7A shaft refurbishment programme, Evander’s management initiated a number of independent and internal engineering studies to assess the condition of Evander’s underground mining infrastructure (both Evander 7 and 8 shafts). These studies identified critical infrastructure issues requiring remedial action, to ensure safe and sustainable operation of these shafts.

The cost of the shaft refurbishment programmes is expected to be approximately R40 million, which will be funded from Pan African Resources’ existing banking facilities.

In light of these recent developments, Pan African Resources has revised its gold production guidance for the financial year ending 30 June 2017 from 195 000 oz to approximately 181 000 oz.

Pan African’s interim results for the period ended 31 December 2016 will be released on 22 February 2017. 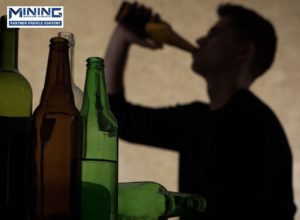