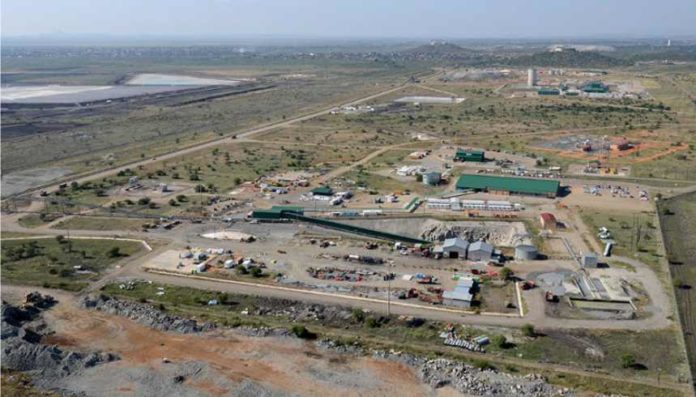 This could deliver positive results for the company at a time when palladium is attracting market attention and palladium supply is estimated to be in deficit.

PTM’s key business objectives are to advance the Waterberg project and repay its secured lenders. It is the process of selling its Maseve mine in South Africa to Royal Bafokeng Platinum (RBPlat) so must optimise the opportunities from its single Waterberg asset now.

The Waterberg project has the potential to be a low-cost palladium and platinum producer based on a fully mechanised mine plan.  The deposit is dominated by palladium.  The price of palladium has approximately doubled since late 2015 due to its primary use in catalytic converters for automobiles and limited market supply.

Waterberg JV Co. (a combination of all companies which own a percentage of the project) plan to advance the Waterberg project to completion of a DFS and a construction decision for a total cost of approximately $10 million, paid pro-rata by Waterberg JV Co. shareholders.

Drilling will increase the confidence in certain areas of the known mineral resource to the measured category and this activity is underway.

Technical teams from all of the partners, including Implats, and independent engineers are involved in the technical planning and oversight of the DFS.  Waterberg JV Co. plans to file a mining right application during 2018.

In the near term, the company’s liquidity will be constrained until the Maseve sale transaction is complete and financing has been obtained to repay and discharge remaining amounts due to the company’s secured lenders and for working capital purposes.

Amounts due to the lenders before the receipt of RBPlat proceeds total approximately US$107.75 million, including the $2.75 million portion of the new bridge loan drawn to date and a termination fee for the Maseve mine production payment obligation in the amount of $15 million, if paid by 31 March 2018.

All of the approximately $74 million RBPlat proceeds are to be applied to PTM’s secured debt.  As part of re-structuring arrangements agreed with the secured lenders the company must raise $20 million in subordinated debt and/or equity within 30 days of the first lien loan facility of approximately $40 million being repaid from the RBplat proceeds, and raise a further $10 million in subordinated debt and/or equity before 30 June 2018.

PTM has set aside an amount of $5 million from the Implats proceeds (Implats is purchasing a 15% stake in the Waterberg project) toward its share of DFS costs, including drilling in progress.