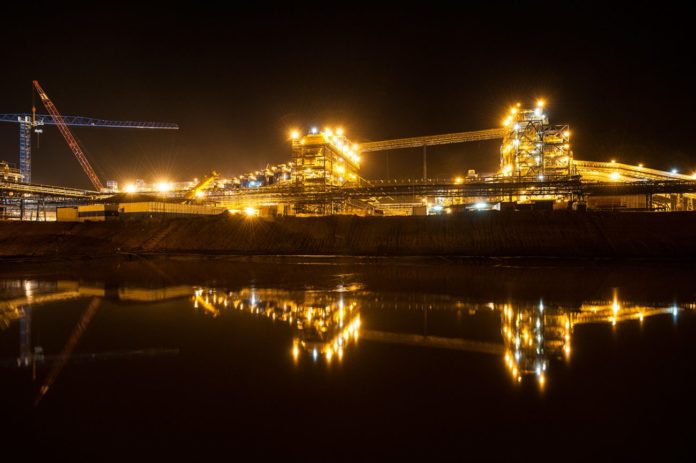 This message was a key theme in the company’s June quarterly results which states that innovative management solutions are driving down the cost of power and securing the stability of its supply at Randgold’s operations.

Randgold Resources’ technical and capital projects executive John Steele says access to power is one of the key considerations in developing a mine in Africa, particularly in those remote regions where the infrastructure is practically non-existent and there is no national power grid.

“In fact, it’s so important that power management has grown into a big business within the Randgold group, and our engineers have become adept at building and managing major power stations  –  some of which are the largest of their kind in their host countries  –  and at dealing with the complex demands of maintaining mine-based micro-grids,” says Steele.

The Loulo-Gounkoto complex has an installed capacity of 60 MW of which it draws 45 MW and the Loulo-Gounkoto power plant is one of the largest and most reliable of its kind in all of West Africa.

Initially all power was supplied by high speed diesel-powered generators but over time it has migrated to HFO (heavy fuel oil) medium speed generators, which now supply 80% of its power; improving reliability and reducing unit costs significantly.

Despite being based on thermal generation, the investment in more efficient medium speed units has helped to reduce its carbon emissions. A central power station supplies the whole complex through an overhead grid which extends over more than 30 km.

“Our long term aim is to plug into the region’s planned hydro and gas powered grid but until that becomes available our focus is on using our thermal power as efficiently as possible,” Steele explains.

Tongon is different from Randgold Resources other operations in that it has access to power from Côte d’Ivoire’s national grid, which is more affordable than self-generated thermal power.

The country’s economy is booming, however, and this occasionally strains the grid power supply, so Tongon still needs its own back-up power in order to run independently of the grid when necessary.

“Our aim is to draw 97% of Tongon’s power from the grid, which should be achievable once the power utility has completed its current expansion project.  In the meantime, we are boosting the mine’s standby capacity to 24 MW through the installation of six additional generators,” Steele says.

Kibali in the Democratic Republic of Congo represents a further advance in the evolution of Randgold’s power management strategy. Here the company has had the opportunity to build its own hydropower plants.

Nzoro, the first of these to be commissioned, has supplied a steady 20 MW into the Kibali grid for over a year.  The second, Ambarau, will soon come on line and the third, Azambi, will be operational in 2018 when Kibali is at full production.

Together, the three hydroplants will have a capacity of 44 MW which may reduce to 20 MW during the dry season.

Kibali’s peak demand is expected to be 40 MW and to ensure that this can always be met it has a high-speed diesel generating capacity of 36 MW.

Its current supply is a 55/45 mix of hydro and thermal power but hydro’s contribution is planned to grow to 75% as the Ambarau and Azambi plants are commissioned.

Randgold Resources’ production and costs were hit in the quarter to June by a long mill downtime at Tongon and the Kibali plant’s continuing transition to a mixed-ore feed.

The company says the improvement expected in the second half of the year should boost its 2016 results to within its market guidance.

The flagship Loulo-Gounkoto complex ended the quarter ahead of target but with one of Tongon’s two milling circuits losing 46 days after a breakdown and Kibali still dealing with throughput, recovery and dilution challenges presented by multiple ore feeds, group production was down 4% quarter on quarter at 281 494 oz while total cash cost per ounce rose 12% to $727/oz.

With the higher gold price only partly buffering the impact on the bottom line, profit was down 8% at $58.7 million.

Compared to 2015’s record interim results, however, profit for the six months to June was up 11%, production was steady and total cash cost was 1% lower.  Also on the positive side, net cash generated increased by 6% quarter on quarter and cash holdings rose by 7% to $272.7 million.

Bristow describes the quarter as one of the toughest in years but said in June and July both Tongon and Kibali had made significant progress, with Tongon fixing the mill and completing the commissioning of its new quaternary circuit, and the new Kombokolo satellite pit at Kibali expected to improve its feed flexibility and grades.

The development of Kibali as a complete project remains ahead of schedule.