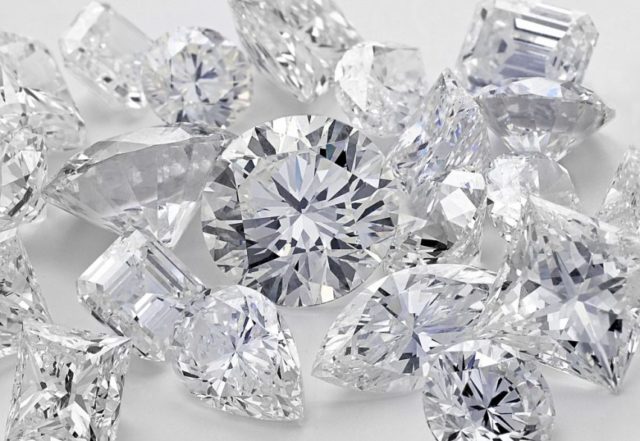 Rockwell Diamonds also reports quarterly revenues were down 90% compared Q4 FY2016, due to cessation of mining activities at Saxendrift and Remhoogte-Holsloot, with the sole operation, Wouterspan (WPC), being in ramp-up phase.

[quote]“Despite the additional challenges brought about by the various legal attacks, we have made good progress against the milestones set back in November 2016.

“This includes a successful restructuring exercise, a substantial reduction in off-mine and total operating costs, and completion of the construction of the Wouterspan mine infrastructure and processing plant,” he adds.

It is understood that Rockwell Diamonds completed a challenging quarter and financial year, which was typified by tough business decisions in the face of a series of spurious and malicious legal attacks from its erstwhile mining and construction contractor.

In September 2016 Rockwell Diamonds curtailed operations at two of its mines to prevent further cash burn, turning the company effectively into a single-operation business.

These operations have since been successfully disposed of to allow Rockwell Diamonds to focus on the development of long life operations that meet its investment criteria.

Since recommissioning at WPC commenced in late August 2016, overall grade and revenue performed on plan as did actual recovered grade and US$/carat. Delays caused by litigation are the primary reason for higher costs and lower revenue from diamond sales.

The diamond market during FY2017 experienced fluctuations in pricing with respect to both rough and polished, while retail demand remained relatively stable compared to FY2016.

Debt remained high with little to no lending by financial institutions and credit offered within the industry between industry members.

Polished prices decreased on average 6% across all sizes below 3ct with 3ct diamonds, showing the largest decrease when compared to prices in January 2016.

During Q4 FY2017, seasonal festive sales of jewellery were stable and had a marginal increase compared to the previous year which helped reduce polished diamond inventory.

However, high rough sales in January are expected to increase inventory levels once the diamonds are polished. Diwali sales were stressed due to the demonetisation policy of the Indian government, and Chinese New Year sales were equally subdued.

The US market remains the strongest market for polished diamonds. Rough diamond prices improved throughout the year by an average 15%, following the ca. 30% decrease in rough diamond prices at the end of 2015, which had resulted in a reduction of production and sales by major producers at the beginning of 2016.

Demand for smaller diamonds decreased in late 2016 due to demonetisation which settled at the end of 2016 and demand increased marginally albeit at reduced prices.

Mid-range commercial type diamonds had good demand with strong pricing in line with polished demand in this small segment of quality and size.

De Beers’ sales were mixed for Q4 FY2017, with a small sight in December followed by large sights in January and February, and marginal increases in prices. Rough diamond demand overall was strong and prices increased a few percentage points.

The imbalance between decreasing polished prices and increasing rough diamond prices and demand is a challenge, since the polished inventory worldwide remains high with no increase in retail demand and pressuring profitability of diamond industry.

At the beginning of 2017 a number of new mines started production, which will add to world rough diamond stocks. Major producers have reduced their supplies, and will continue to do so, to avoid any further price decreases as a result of increased supply.

While industry remains under financial stress, with limited financial institution support, transparency has increased and the industry continues moving forward.