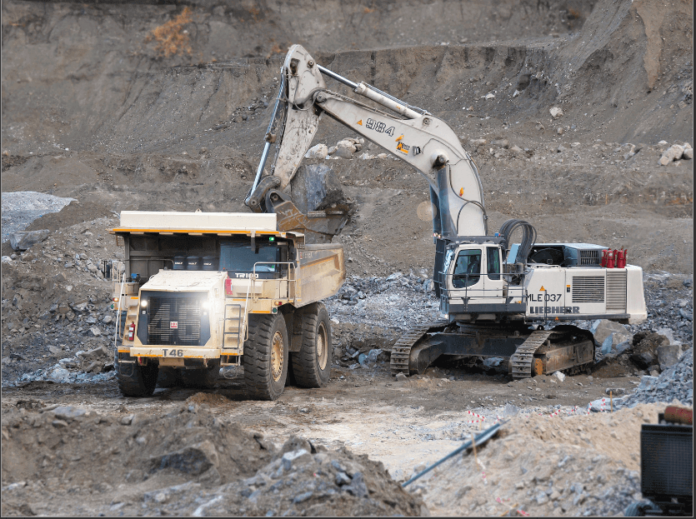 Tharisa Minerals expects to achieve this as it continues to focus on improving its ROM feed grades and plant recoveries for both PGM and chrome concentrates.

“FY2017 is set to be the year that Tharisa reaches its full potential and delivers exceptional value to all stakeholders,” says Tharisa CEO Phoevos Pouroulis.

This expected growth comes on the back of Tharisa Minerals’ announcement of its “excellent” fourth quarter production performance for the period ended 30 September 2016, where it achieved and, in some cases, exceeded its production guidance for FY2016 – an achievement that Pouroulis noted as the company’s best ever production quarter.

In the 2016 financial year, the company achieved record milling of 1.27 Mt, PGM production of 39 100 oz and PGM recoveries of 80.6%, demonstrating increased momentum at the end of the financial year.

Tharisa’s mining operations performed particularly well in the fourth quarter of FY2016 with 1.243 Mt of reef mined in the quarter.

The focus remains on grade control to improve the plant feed grades particularly for chrome.

With throughput into the plant exceeding nameplate capacity during the quarter, the current ROM stockpile ahead of the processing plants is 165 000 t.

Tharisa aims to maintain a 200 000 t ROM stockpile ahead of processing to ensure optimal reef layer blending and feed grade consistency into the plants.

Following an exceptional quarter for Tharisa with tons milled reaching an all-time high of 1.267 Mt; records were also achieved for PGM production at 39 100 oz.

Of that production, 82 100 t was specialty grade material, which typically fetches a pricing premium to metallurgical grade products.

While metallurgical grade chrome prices have more than doubled since, this product diversification has enabled chrome production to be distributed to more globally diversified markets.

Moreover, chrome production was recorded at 1.244 Mt which was up 10.8% despite marginally lower feed grades. Chrome recovery averaged 62.7% in FY2016.

Optimisation initiatives planned should ensure that Tharisa achieves its targeted recovery of 65% for chrome concentrates.

Metallurgical grade chrome prices have risen approximately 50% over the quarter with an average contracted selling price of $157/t CIF main ports China achieved during the quarter.

This marked improvement on the $105/t CIF contracted selling price concluded in the June 2016 quarter is attributed to the rebuilding of stockpiles by Chinese ferrochrome producers and is driven by stronger stainless steel demand growth in China resulting in increased demand for South African ore.