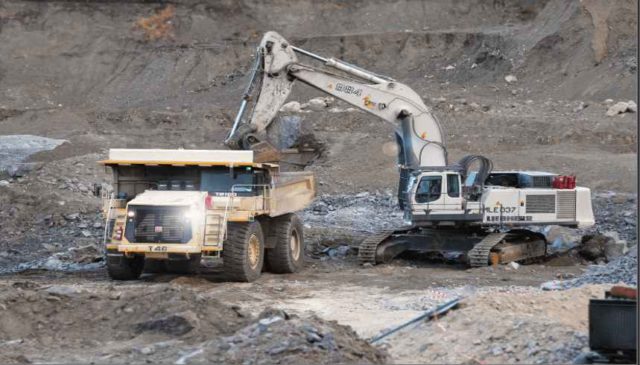 Tharisa Minerals confirms the purchase of mining equipment from MCC Contracts is unconditional and that the transition is effective as of 1 October 2017.

Tharisa Minerals also confirms the employment of 900 MCC employees as part of the transaction.

Tharisa Minerals, which has until now used mining contractors at its operations, believes the transition to owner mining is the next logical step in its development.

Tharisa Minerals’ large scale open pit operation has an open pit life of 18 years and a further 40 years of underground mine extension.

With the long life of the open pit, the transition to an owner mining model is a logical progression in its development.

In May 2017, Tharisa Minerals announced its plans to purchase certain mining equipment from MCC Contracts, its existing mining contractor.

Tharisa also optimising its fleet and insourcing drilling, which was partly subcontracted by MCC Contracts.

The company has secured the necessary funding through bridge loan facilities and OEM finance to fund the purchase.

As part of the agreement, Tharisa Minerals will also take cession and assignment of certain leases currently entered into by MCC Contracts.

This will bring Tharisa’s total staff complement post the transition to approximately 1 700.

“The contractor mining model was appropriate while the Tharisa Mine was in development since it reduced the upfront capital spend on a fleet, enabled Tharisa Minerals to understand its orebody fully and allowed the company to determine the optimal fleet requirements for mining its specific ore body,” says Tharisa CEO, Phoevos Pouroulis.

“By taking direct control of its mining operations, Tharisa Minerals will now be better placed to control reef grades, thereby, delivering improved quality ore to the processing plants and optimising the feed and recovery within the plants,” adds Pouroulis.

As a result of the transition and the benefits of optimisation programmes, Tharisa expects to produce 150 koz of PGM concentrate and 1.4 Mt of chrome concentrates in FY2018.