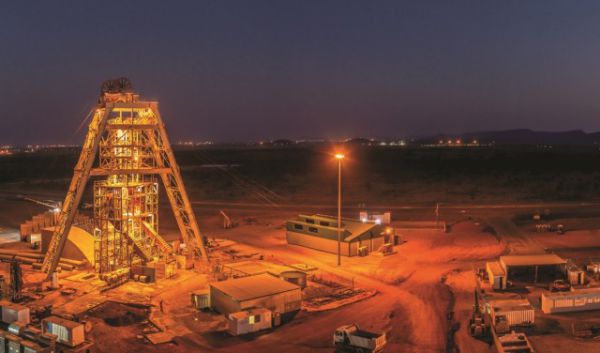 Wesizwe Platinum notes that the handover will take place in May 2017, when Phase 1 of the contact is completed – the main shaft commissioning.

Wesizwe Platinum and mining contractor Aveng Mining entered into an engineering and construction contract in September 2012 for the sinking of the main shaft at Wesizwe’s Bukubung platinum mine in the North West province of South Africa. The scope of works included sinking, lining and equipping of the main and ventilation shafts and related development and equipping of the stations and levels for the client.

The early termination was decided upon due to commercial imperatives, which has meant that Wesizwe Platinum would implement a reduction of scope of works with Aveng Mining.

The implications and effect of signing the agreement include that Aveng shall be compensated on a revised payment agreement, enabling the parties to jointly optimise the costing on the project.

Following an amicable agreement, both parties have agreed to suspend their respective rights and entitlement associated with currently lodged adjudication and arbitration proceedings. Aveng remains liable and committed to complete the contracted works on the revised scope, timeline and conditions.

The completion of Phase 1 will be followed by Phase 2, a multi-billion rand flat development scope which entails the planned capital footprint development, which is linked to production build up to steady state in 2022.

In addition, Wesizwe will then embark on a new contracting model for specialist scopes for these packages constituting both surface and underground works until the project is fully commissioned in line with the critical timeline identified.

The main commissioning of the mine is scheduled for the fourth quarter of 2018, with full production anticipated by 2021.

Wesizwe also announced that it has appointed Li Pengfei and Zhou Xiaoyin as non-executive directors of the board.