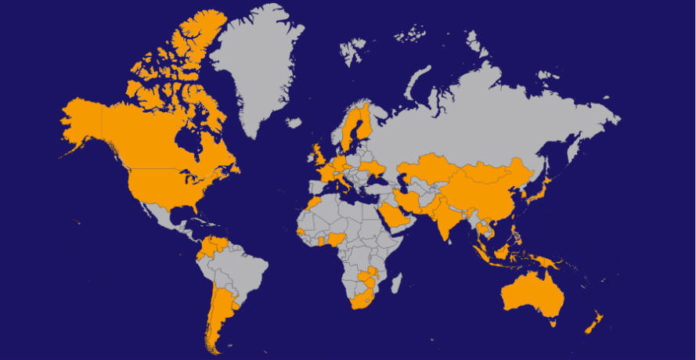 More than 20 international government ministers and hundreds of mining industry leaders from 55 countries are expected to converge in Melbourne next week for Australia’s largest international mining and resources event.

The International Mining and Resources Conference (IMARC) will run from Monday 7 November until Thursday 7 November at the Melbourne Convention and Exhibition Centre.

More than 2,500 mining leaders, policy makers, financiers and other experts will attend IMARC, with almost 20% of delegates coming from all corners of the globe.  Nations being represented range from Argentina to Zimbabwe.

Government ministers and delegations from more than 20 countries have also indicated they will be attending IMARC, including those from Czech Republic, Ecuador, India, Indonesia, Iran, Saudi Arabia, Kazakhstan, South Africa, Turkey, and Venezuela.

The India and Moroccan Governments will also be exhibiting at IMARC, aiming to reach the conference’s global audience.

“Mining and resources remains the powerhouse for the world’s economy and development, and IMARC 2016 will bring together leaders in all aspects of the mining value chain worldwide,” she said.

“At IMARC, the world’s industry leaders come together for a global perspective of mining with an Australian accent.”

Ministers and government representatives from the following countries have indicated their intention to attend IMARC 2016.

IMARC’s partnerships with business councils and chambers of commerce:

Where delegates at IMARC 2016 will come from: