Mines could be 30% more operationally efficient if digital technologies were introduced into daily business practices...

According to the former Head of Technology and Innovation at Gold Fields – one of the largest gold mining companies in the world –  and now CEO of a 3D vision and mapping software company, Paul Lucey.

Mr Lucey, who headed up a leading industry research project looking at the use of rapid mapping tools, said the technology had the ability to reduce decision process times from four weeks down to a few days.

For the past eight years, Mr Lucey has been working with Gold Fields and a range of software providers and consultants to road-test new technologies that will transform the way mines operate in Australia and around the globe – and the results are astounding.

“This is not a new notion for the industry as rapid mapping tools have been trialled by mining companies for more than a decade, however, we are just starting to see products on the market that are commercially viable.

“The tools we are testing now not only showed improved speed of data collection, but also improved accuracy of the data collected in current comparable methods.

“In some cases we were able to collect the same amount of data in a few hours that conventional process would take six months to complete.

“If this sort of technology was incorporated into daily operations, the improvements would give operators the ability to plan processes more efficiently and essentially remove people from the most dangerous aspects of mine sites, which includes the current manual collection of data.”

The advanced technology has been road tested on more than five mine sites across the globe with a view for a commercially viable and affordable product to be available within the next six months.

Mr Lucey will be sharing his insights on technology in mining, including the use of augmented reality and drones to increase efficiencies, at the upcoming International Mining and Resources Conference (IMARC) in Melbourne later this year.

IMARC 2016 will unite the global mining industry in Australia, bringing together over 2,500 delegates from all aspects of the mining value chain globally.

IMARC 2016 will be held at the Melbourne Convention and Exhibition Centre from 7–10 November.

To learn more about being involved in IMARC, head to www.imarcmelbourne.com.au. 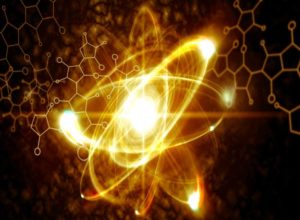