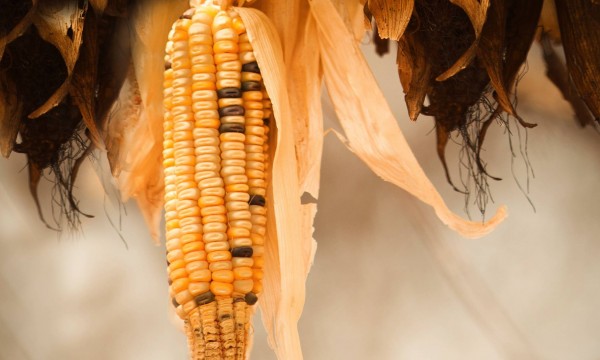 Despite numerous setbacks and considerable obstacles, the agriculture sector is now beginning to flourish, and 2016 will be marked as the year where Zambia begins to export surplus produce to neighboring countries.

It has not been an easy past few years for the Zambian economy.Global commodity prices have largely impacted copper production in the north of the country. To make matters worse, a regional drought has lowered hydroelectricity production, which has severely impacted the industrial and mining sectors. Furthermore, the slowdown of the Chinese economy, and higher interest rates in the US as the US economic recovery gathers momentum, could further impact the Zambian economy.

Confronted with an increasing urgency to face up to these issues, the government decided to expand into agriculture as a means to generate economic growth.

During Zambia’s Agritech Expo from the 14-16th of April this year, Rob Munro, Director of Strategy at Musika, a Zambian NGO involved in bolstering farmers and the smallholder market, claimed that despite the hardships, “Zambia still has plenty of land and water, a stable political environment and a highly resilient, resourceful and diverse farming community. In an age where food is in ever increasing demand locally, regionally and globally, Zambia is in a good position to take full advantage of its agricultural assets in the future.

In order to face up to the drought, the government has encouraged a strong collaboration between public bodies and organizations such as Musika to inform every member of the agricultural sector in the country of the impeding dangers posed by the drought and how to employ risk mitigation practices such as planting drought resilient varieties and planning for shorter seasons.

Even with much lower rainfalls, Zambia still contains 40% of the water in Central and Southern Africa, and along with vast tracts of arable land, the opportunities to develop the agricultural sector remain abundant.

In early May 2016 the results of Zambia’s push into the agricultural sector began to become apparent when Minister of Agriculture Given Lubinda announced that maize crop yields had increased to 2.87 million metric tonnes, up from 2.62 million tonnes the year before. “That’s about 635,000 tonnes more than is required for domestic consumption in the 2016-17 marketing season,” the Minister claimed.

With South African maize production down by 30%, the Zambian surplus will be welcome news to neighboring countries looking to import maize, and this year will mark Zambia’s first year as a net exporter of maize.

With this achievement in hand, there is still a long road ahead for Zambian agriculture. Ultimately the success of agriculture in the country depends on attracting interested investors, particularly from the exterior, to finance the roll out of large scale agricultural projects.

This investor interest is already beginning to happen. In early May, the EU claimed that it was prepared to support Zambia’s agricultural transformation as a means to promote the country’s economic growth and reduce poverty. This claim was backed when Alessandro Mariani, EU Ambassador to Zambia, pledged a €10 million financing agreement for the 2nd Performance Enhancement Programme in the country.

In an interview with Zambia’s Daily Mail, Mariani claimed that, “Today we want to do more, in full recognition that the agriculture sector is a primary source for the very much needed diversification of the Zambian economy.” It is not only European investors looking to Zambia. African agricultural institutions are also getting involved. Recently, news emerged from Lusaka that 24 of South Africa’s leading farmers arrived in Zambia on the 24th of May to conduct discussions with Government on how they could directly invest in the Zambia’s agricultural sector. These South African farming bodies have annual turnovers in in excess of USD $6.5 million per year and are planning to invest in areas of fresh produce, which include sugar cane, wheat, maize, soya beans; and livestock products ranging from cattle to sheep to goats and chickens.

At the meeting, these farming bodies pledged to invest Zambia as soon as suitable land was secured. In an exclusive interview with Dr. Pius Kasolo, CEO of ZCCM, the state controlled copper mining company, told Access Africa that, “We have boughtland near the copper belt and we are going to use it for intense farming. We will supply the local market, and then we will supply neighboring countries such as Angola and the DRC.” According to Dr. Kasolo, in ten years’ time the government plans for the agricultural sector to account for 30% of the GDP, “which will help to mitigate risk and diversify the economy.”

With grandiose plans in motion, there is little doubt now that Zambia’s agricultural expansion is beginning to gain traction. With hard work and the right kind of foresight, the country may just be able to both diversify its economy and feed its people at the same time.