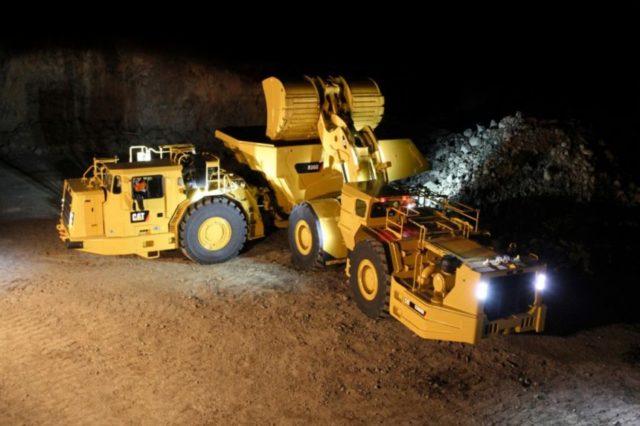 Barloworld Equipment is celebrating a milestone this year. It has been 90 years since Charles “Punch” Barlow founded the relationship between the company and Caterpillar.

He put both Barloworld Equipment and Caterpillar on the map in South Africa after winning a bet with a sugar farmer that a Caterpillar tractor would out-plough the farmer’s span of oxen.

The Barloworld group has been quoted on the JSE for 75 years and Barloworld Equipment is one of the 20 South African companies in the Dow Jones Sustainability Emerging Markets Index.

“Both of us are now global brands and Barloworld Equipment is very proud to be one of the world’s leading Caterpillar dealers.”

“We take great pride in helping to enable the development of the physical infrastructure that builds the power of South Africa and the continent more widely in the global economy,” says Chris Monge of Caterpillar.

“Celebrating nine decades of our close partnership with Barloworld Equipment is a wonderful landmark in our journey of shared values and purpose.”

Punch Barlow transformed the potential of the company that his father, Major Ernest Barlow, had founded in 1902, when it began operating out of two small rented rooms in Durban with borrowed working capital of £1 000.

The company’s contributions to developing South Africa’s industrial potential and economy were recognised by the late President Nelson Mandela when he spoke at the Barlow’s centenary celebrations in 2002. He noted how the Caterpillars introduced by Punch Barlow had become “the builders of our economy” as they helped “create the magnificent road network that connects places and people, to build dams for fresh water and to construct harbours and airports to open up South Africa to the rest of the world.”

Leeka believes that Barloworld Equipment is distinguished by the combination of its credibility, soundly based on its longstanding heritage. This is delivered through its forward-looking mission that seeks out innovative solutions so that the company’s staff can provide exceptional customer performance.

“Barloworld Equipment has always been about seeing the opportunities in supplying what people and South African business need. The wealth of expertise accrued through our longstanding partnership with Cat is passed on through several joint training projects, such as Technicians for Africa, which aims to address the continent’s shortage of technicians,” states Leeka.

Disadvantaged would-be technicians are given the opportunity of studying for a qualification as Cat Certified Technicians through a free online course. Barloworld Equipment also trains almost 1 000 people a month at its technical academy in Isando.

It was the first South African earthmoving equipment company to receive accreditation from the Construction Education and Training Authority (CETA) for its operator training, ensuring its learners achieve a nationally recognised qualification.

“This project exemplifies our belief in sustainable excellence through teamwork founded on safety, reliability and integrity,” says Leeka.

“We see ourselves as a leading corporate citizen and our driving principles of social, environmental and economic stability are reflected in our social responsibility programmes. This is an investment in our future, our communities and our country.”

This involves attracting young women into mainly mechanical engineering and artisanship positions, which are critical skills for anyone interested in working with complex earthmoving machines that Barloworld Equipment supplies to the mining and construction industries.

The 40/20 strategy aligns with Barloworld Equipment’s Vision 2020, which includes their goal of becoming the world’s leading Caterpillar dealer.

“We believe in the power of partnerships to transform the landscape, whether physically, socioeconomically or politically,” says Leeka.

“To us, the proof of this is the way that our partnership with Cat goes from strength to strength. We are the official dealer for Cat Earthmoving Equipment in 11 southern African countries, as well as in operating in Europe, where we fully own the main Caterpillar dealership on the Iberian Peninsula, in Siberia, Eastern Russia, under the name Vostochnaya Technika.

“In Africa, we already operate in South Africa, Lesotho, Swaziland, Namibia, Angola, Botswana, Zambia, Malawi, Mozambique and Zimbabwe, as well as joint ventures in the Democratic Republic of Congo.

“Our Vision 2020 is to build further on our venerable heritage and to become the world’s leading Caterpillar dealer. Barloworld Equipment’s successful and enduring partnership with Caterpillar has built a legacy that inspires us to continue contributing to the development of our continent and the world for the next 90 years,” he maintains.