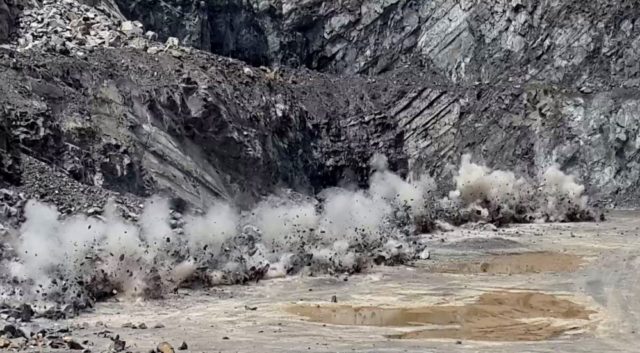 This is according to Sean Slabbert, Commercial Manager – Global ammonium nitrate, who says AECI Australia regularly sourced AN from the Ukraine but due to various supply constraints in the region the supply chain team had to make alternative arrangements.

Slabbert says once the most suitable source for quality ammonium nitrate was identified in central Russia, the 5 000 t shipment travelled 4 500 km on the Trans-Siberian railway to the port of Nakhodka in east Russia, where it was shipped to Australia’s east coast.

“We commend our supply chain team for ensuring that this product was delivered to Australia despite a number of challenges encountered. The shipment weathered stormy winter seas to arrive in qualified AEL packaging at Port Alma, Queensland, Australia in early January,” says Slabbert.

“Australian authorities have the highest standards for imported product and require suppliers to meet a number of stringent quality, packaging and logistics requirements. Shortly after the offloading of this shipment, the AEL production team at Bajool manufactured quality emulsion explosives.”

In February 2015, AEL’s holding company AECI announced that it had signed a five-year agreement with Thiess, the world’s largest mining contractor, signalling AECI’s entry in to Australia. As part of the agreement, AEL provides explosives, initiating systems and technical services to Thiess in Australia.

“At the heart of AEL lies its customer-centric approach in providing explosives and mining solutions. AEL’s ammonium nitrate chain draws from as many as 16 qualified sources around the world,” says Slabbert.

Slabbert concludes: “AEL is committed to giving our customers peace of mind and we believe a flexible supply chain and consistent communication are two driving factors behind our ability to deliver quality products and maintain security of supply.”