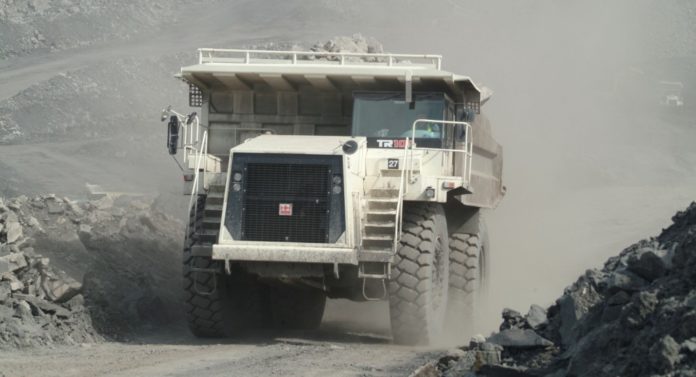 Following the acquisition of Terex Trucks by Volvo Construction Equipment in June 2014, Babcock was appointed as the official distributor of the range of powerful rigid and articulated haulers in southern Africa in October 2015.

Since the inclusion of the Terex Trucks range into Babcock’s product portfolio the company is now in a strong position to lead in the distribution of the haulers in the southern African market.

Terex Trucks are suitable for heavy construction, quarry and open cast mining applications and are well known for their robust, durable designs, competitive pricing, and ability to operate efficiently under extreme working conditions, taking its customers steeper and deeper.

[quote] Babcock’s new purpose-built branch in Middelburg was designed to facilitate the Terex Trucks range into Babcock’s operations, with extra-large 9 m wide work bays to accommodate the TR100 trucks, the largest of the Terex rigid dump truck range. The new branch will serve as the distribution centre for Terex Trucks in southern Africa and will be supported by the Terex Trucks local sales and aftermarket resource in South Africa.

Operating in a highly competitive market, Erik Lundberg, the regional business manager for Terex Trucks in southern Africa, says that one of the main advantages of Terex Trucks over other products in the same category is the after-sales support that is available for the trucks through Babcock, with its Middelburg branch ensuring immediate access to parts, availability of qualified service technicians and appropriate maintenance facilities.

Lundberg explains that of the Terex Trucks products, the TR100 rigid dump truck is traditionally the preferred option for hard rock applications in areas such as Rustenburg and the Northern Cape, while the TR60 has traditionally seen more use in the coal mining regions of Mpumalanga.

Delivering a robust performance in the steepest, deepest mines and largest quarries around the world, the Terex Trucks TR100 is a massive machine weighing 68 t with a 91 metric t load capacity.  The 38-litre Cummins diesel motor which powers the TR100 is one of the best, most reliable engines available on the market while the hardy, uncomplicated truck design makes repairs and maintenance in extreme or remote locations, a relatively easy endeavour.

The drivetrain of both the TR100 and TR60 provide excellent tractive effort and class leading rimpull on steep inclines, ensuring best power delivery and competitive fuel economy. “The drivetrain in the TR100 is designed towards giving the truck more power to perform effectively at the bottom of the pit and is a class leader in this respect,” says Lundberg.

One of many customised features of Babcock’s new Middelburg branch is the 1 615 m2 warehouse which can accommodate the inventory and stock lines required for the Terex Truck range. Babcock has made a considerable investment in stocking Terex Trucks parts, to ensure the highest availability possible   of components required to repair and maintain the trucks and to ensure that down-time is kept to a minimum for customers.

Dave Vaughan, sales director for equipment at Babcock, says that the Terex Trucks range of rigid dump trucks with payloads from 32 to 91 t and articulated dump trucks from 25 to 38 t payloads, will greatly complement the other Volvo Construction Equipment products that Babcock represents.

“The Babcock Group is delighted to represent Terex Trucks in southern Africa and looks forward to offering our new and existing customers the high levels of service they deserve.”