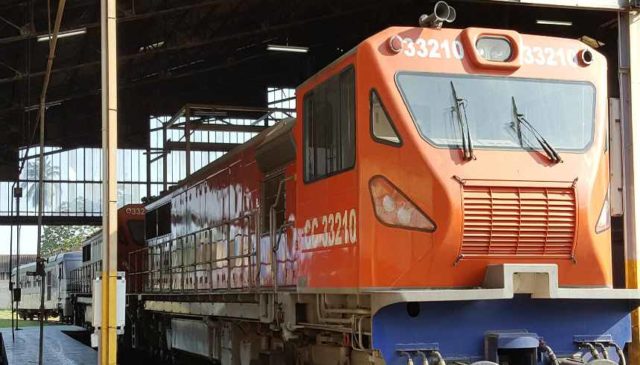 Grindrod, renowned for railroad engineering, will be disposing of redundant and excess stock. Clear Asset, an online auction house, will facilitate this process.

The locomotives, which includes fully completed new locomotives as well as components, spares, and engines will be sold via online auction through Clear Asset.

Railway development is not only happening in Africa, but across the globe.

Clear Asset states that in South America, there is the Porto Alegre Metro (Brazil), the Tinaco Anaco Railway Line (started 2009 – building 15 lines over 20 years) for the oil fields of Orinoco (Venezuela), the Lima Metro (Peru) where the second phase is underway, and even Argentina.

According to Clear Asset one can also look as far as Russia given its extensive landscape and demand for rail transport for both passenger rail and cargo movement.

Clear Asset also states that rail infrastructure has proven to be vital in improving trade between African countries, yet according an an African report statistically only 13% of total cargo moved via rail in Africa during 2016.

The infrastructure across Africa overall is aged, and finances have traditionally been the limitation.

With Russian, French and Chinese support, many of these projects are now looking more likely and entering their first and second phases. South America faces similar requirements, offering strong opportunity for upgrading of fleet or newly commissioned railway locos.

As a result, the upcoming Clear Asset auction has attracted much interest from these regions.

To further support potential interest of the auction, Grindrod has provided proposed specifications to lighten the weight of the locos, as this may contribute additional interest for existing infrastructure and projects.

Nine of the locos are meter gauge, and one is Cape Gauge.

Bidders must note that it is unlikely there will be any after sale services.