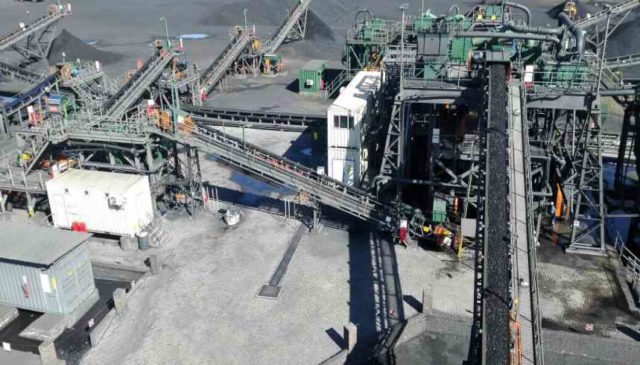 Fraser Alexander’s minerals processing business, which focuses primarily on coal washing, has become a significant market leader in the South African coal mining industry since its formal establishment in 2005.

Looking to the future, the company intends to further enhance this position by doubling its revenue within the next three to five years, minerals processing general manager Jaco Scholtz tells Laura Cornish.

“Thanks to our unique service offering and highly skilled workforce, we have grown significantly over the last 12 years, an achievement we are particularly proud of considering the industry has been in recession for a number of years. And we are bullish for the future,” Scholtz notes.

In addition to expanding its business in South Africa, the company has significant appetite to build its presence in Botswana (where it operates a local company) which has added at least four potential opportunities to the project pipeline.

Fraser Alexander is specifically focused on washing coal on a contract basis for coal mining clients.

It operates and maintains its own filter presses (as opposed to outsourcing) and impressively operates the only fine coal dense medium plant in the world.

“We are able to accept run-of-mine coal as well as discard dump coal, for re-washing, as feed to the plants, in this way extracting further value out of discard dumps.

“Through washing of the coal we provide clean product for our clients who sell to different low and high grade export markets, including the domestic thermal market (Eskom) and metallurgical markets.”

In support of its O&M/BOOM/BOOT service offering (which covers all maintenance, spare parts and capital items replacement over the contract period), Fraser Alexander is able to de-risk new projects further by providing upfront finance to cover the design and construction costs as well.

“This is an attractive model for small-scale miners and will ensure our business grows in line with this emerging market sector,” Scholtz highlights.

Fraser Alexander’s wash plants range in size from 200 tph to as much as 600 tph although Scholtz notes the company’s plant capacity capabilities are not size constrained – due to their modular construction.

This has the added benefits of reducing the time to manufacture plants and reducing the cost of engineering design while providing the flexibility to add additional modules as production increases.

“Civil work and structural work can also be conducted simultaneously, which equates to significant time saving on the overall construction period.”

It will be the company’s largest project to date and will see the total number of plants it operates on a BOOM/BOOT model increase to six.

“This contract will also increase our monthly processing capacity from approximately 1,1 Mt of coal per month to nearly 1.5 Mtpm and the number of employees from 234 to over 300.”

The envisaged plant will wash discard dump coal at a rate of 3,96 Mtpa with the potential to increase to almost  8 Mtpa spanning its seven years of planned operation.

The output coal will be sold to the export market and to the local thermal coal market.

Construction of the plant commenced in January 2017 and is scheduled to be completed just 10 months later in October 2017.

The 100% black owned, Level 3 BEE-compliant company is dedicated to building and delivering a diversified workforce.

“We have excelled on this front,” Scholtz exclaims.

“We focus on recruiting and retaining the best people in the industry and this gives us a competitive edge.”

“Our operations regularly achieve benchmark up-time on-coal hours, with more than 92% availability and more than 600 running hours per month. This level of up-time is unparalleled in our industry,” Scholtz notes.

“We also pride ourselves on instilling a culture of operational excellence which boasts world-class systems to protect the integrity of our assets.

“The correct systems are paramount in maintaining assets and ensuring they operate according to world-class, benchmark standards.”