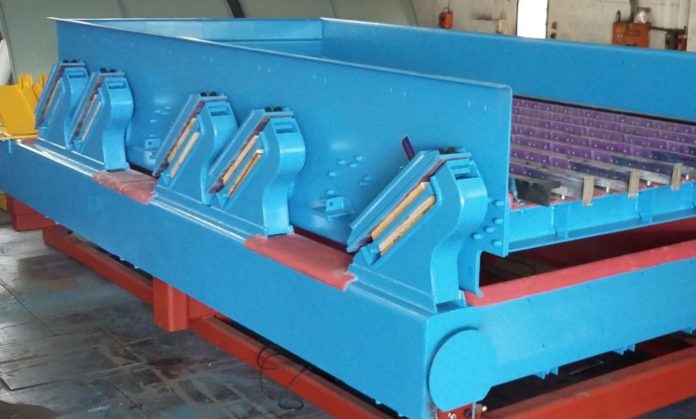 MBE Minerals, the South African original equipment manufacturer (OEM), attributes the ongoing successes being achieved in Australia to its ability to produce vibrating screens that offer reliable operation in the mining sector.

Heinz Mittermaier, engineering manager at MBE Minerals, says that the recent contract underpins South African OEMs’ capabilities in producing equipment for demanding applications in the mining sector, and particularly those in a first world country like Australia.

The screens form part of an ongoing replacement cycle at an Australian iron ore mine and Mittermaier says that with its extensive experience in such applications on the African continent MBE Minerals has been able to optimise its screen design.

“Those screens already supplied previously have proven successful in terms of throughput tonnages and operational reliability and the customer has chosen to continue with this optimised product.”

But what is of even greater importance is that MBE Minerals has been able to leverage not only its engineering and manufacturing capability but also communication technology to ensure that the customer’s needs have been met.

“The strength of this customer relationship and collaboration is underpinned by our ability to accurately interpret the specific needs of an individual customer and to meet these, while being on a different continent,” Mittermaier says.

MBE Minerals has extensive experience in the manufacture of custom screens with its legacy that goes back more than 150 years.

The company, previously known as Humboldt Wedag, still relies on solid internal engineering systems and standards, and it is these proven standards that are being used with state-of-the-art 3D design technology, manufacturing materials and processes to produce world class vibrating screens.

The MBE Minerals screens being supplied are 2.4 by 4.5 m and have been optimised for this iron ore operation.

The design makes use of the benefit of low power consumption for the movement of large masses which is only provided by the resonance system.

In addition to the already low power consumption of the vibrating screen, the life expectancy of the screen box has been improved significantly by combining state-of-the-art wear resistance components with the reliably designed heavy duty screen structure.