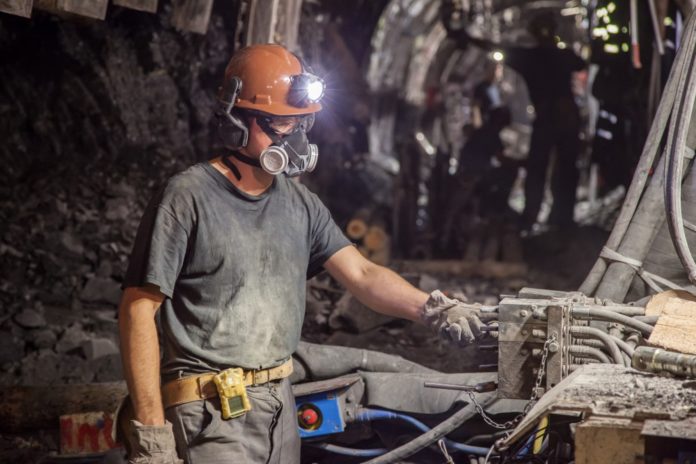 This is down 8% on the previous year – setting the industry on course to attaining its ‘Zero Harm’ objectives. MSA Africa places a high priority on ensuring that these objectives become a reality.

Statistics revealed that the most mining fatalities were recorded in gold mines, where 33 miners lost their lives. Platinum recorded 22 fatalities and coal a total of five. Other mines recorded a combined fatalities total of 17.

MSA Africa Director Colin Oliver says that the gold and platinum sectors experience considerably higher death rates, due to the fact that the mines are located in deep hard rock areas.

“South Africa features the deepest underground gold mines in the world, which stretch down as far as 4 000 m beneath the surface. At this depth, greater risks are naturally inherent. Examples are rock collapse, explosive gas pockets, toxic gas, fire and underground water, to name a few. Reliable safety equipment is therefore of the utmost importance, and more operations are realising this,” he notes.

Oliver highlights that the South African mining sector’s health and safety record ranks among the best in the world, and he attributes the latest drop in fatalities to closer co-operation between the government, mines and trade unions, as well as continual improvements made to safety products used in the industry.

“Continual product research and development is at the core of MSA Africa’s strategy. As a result, we have been instrumental in introducing new safety technologies.”

MSA Africa safety products that are used extensively in the local mining sector include the Altair 4X Mining multigas detector, the only SABS-approved instrument of its kind. It boasts a sensor response and clear time of less than 15 seconds, and can detect up to four gases at any given time. These include; CH4, O2, CO/H2S or CO/NO2 or H2S/SO2. The large LCD display screen makes the measurement readings easy to see.

Another innovative MSA Africa mining safety product is the Luminator cap lamp, which sets itself apart from all other cap lamps in the world, as it enhances the miner’s ability to more effectively detect cracks on hanging walls, which usually represent signs of ground falls and roof collapse.

By swiftly identifying these cracks, miners save valuable seconds and are able to evacuate in the event of a rock fall. This improved visibility is made possible by two state-of-the-art LEDs.

MineSAFE is jointly hosted by the Southern African Institute of Mining and Metallurgy (SAIMM), Association of Mine Managers of South Africa (AMMSA) and the South African Colliery Managers’ Association (SACMA).

The main accolade at the annual event is the highly-coveted John T. Ryan Trophy, which is named after the original founder of MSA, and is sculpted to feature a father coming home from work with his arms around the shoulders of his son and daughter. This is a representation that the worker is the most important commodity in any mine.

Oliver states that the John T. Ryan Trophy has become the embodiment of safety in mining, and helps to inspire the industry to work towards Zero Harm. “It creates a competitive spirit and inspires operations to do more than just the bare minimum with regards to compliance. It actually inspires individuals to look beyond the face-value of safety, and to start looking at the processes, procedures and internal controls that improve safety on a day-to-day basis.”

Even though the latest fatality statistics are on a downward trend, Oliver stresses that all stakeholders in the South African mining industry must not become complacent. “Nobody in the industry should be satisfied until zero fatalities are recorded. Although this is a major challenge, it keeps all stakeholders invested in the long-term wellbeing of workers,” he concludes.

Alcohol education and testing the only way to increase workplace safety