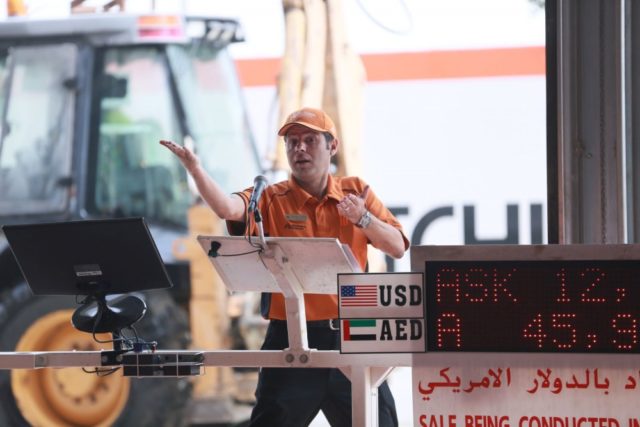 Ritchie Bros. has sold more than 2 000 items for over 200 sellers at its two-day unreserved public auction held in Dubai

Ritchie Bros., the world’s largest seller of used equipment, started strong with its first Dubai auction of 2016 on March 1 and 2, selling over US$41 million of equipment and trucks. [quote]

“People from 71 countries registered for the auction, with buyers from as far away as Germany, Taiwan and the United States participating in person or online in real time,” said Eduard Faig, regional sales manager, Ritchie Bros.

“An international audience helped us achieve solid pricing despite challenges for some of our customers working in the oil and gas sector. In particular we saw strong demand for the Caterpillar D8R dozers, concrete pump trucks and mobile cranes in the auction.”

In total, more than 925 people registered for the auction, including over 400 online bidders. The amount sold to online bidders amounted to $4.5 million, while out-of-country buyers purchased over $17 million of the equipment, or 43% of equipment.

All items were sold with no minimum bids or reserve prices.

Specific highlights of the auction included the sale of: