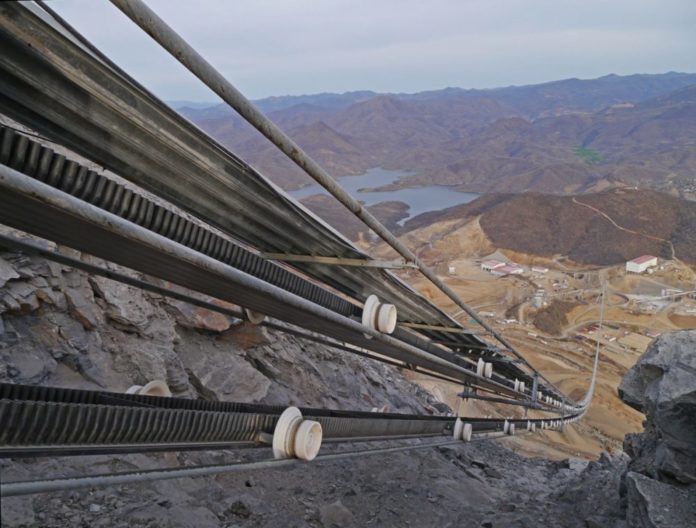 In September 2016, Austria-based ropeway manufacturer Doppelmayr Transport Technology, a subsidiary of the Doppelmayr group, was awarded the contract to build a RopeCon system by South African mining company Booysendal Platinum, a subsidiary of Northam Platinum.

The RopeCon system will be used to transport the mined ore from the Booysendal South ore deposit to the existing process plant – a project that forms part of Booysendal Platinum’s expansion of its mining capacities at the Booysendal concession.

In view of the difficult topographical situation on site, the RopeCon belt conveyor, which runs on ropes, proved to be the ideal solution to transport almost 500 000 tpm of material safely and easily over a distance of approximately 4.9 km and a difference in elevation of 530 m.

The conveyor is due to be in operation by the end of 2018.