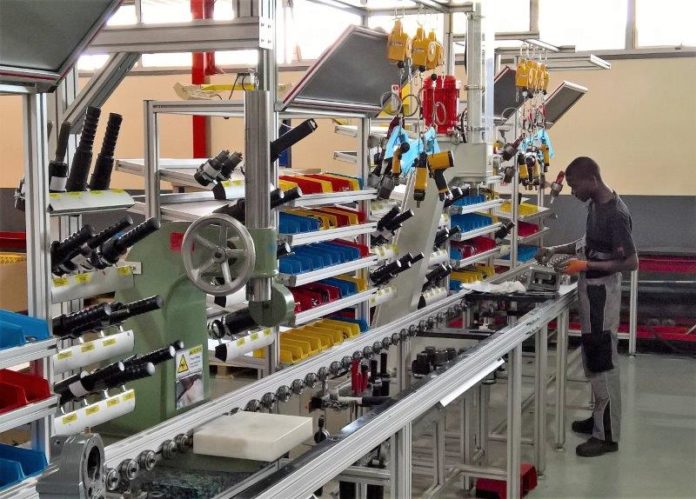 SEW-EURODRIVE says the aim of the assembly islands is to reduce turnaround time from order to dispatch of high-volume products such as motors and gearboxes.

The project was coordinated and implemented by quality manager Clinton Warrington and overseen by operations manager Greg Perry.

Once the project was implemented successfully in Johannesburg, the team installed similar systems in the Durban, Nelspruit and Cape Town branches.

“The major outcome has been a significant reduction in waste. Our turnaround time, from order to dispatch, is now much faster, a matter of hours instead of days. The new system has also eliminated assembly errors, winning praise from our factory workers as being much more organised and making their lives that much easier,” Warrington comments.

The project had its genesis in May 2014 when members of SEW-EURODRIVE went to Wiepro in Germany to receive training based on the SEW Value Adding System, SEW’s global performance and improvement strategy. This knowledge was transferred to the Johannesburg manufacturing facility, which then embarked on a “total process change” as a result.

“It all forms part of the continuous improvement drive at SEW-EURODRIVE,” Perry explains.

“Obviously this represents a major investment in equipment and technology. We now have the basic work benches in place, and what we will now be doing is implement them across all of our product ranges. Once that has been achieved, we will then make any tweaks that are needed, and apply any lessons learned along the way.”

Warrington points out that the initial focus was high-volume products, as these are easiest to standardise. “We are now starting with the motor line, as well as looking at as many of our other products as possible.”

Prior to the new assembly islands, the manufacturing facility operated according to a batching system, which was static and limited in terms of productivity. A single factory worker was confined to a steel bench, and issued certain numbers of components for the assembly task at hand.

“The system now in place sees the factory worker complete a different stage at various stations, essentially walking the unit through the assembly process. All the tools and consumables are at hand, instead of having to locate them elsewhere, which results in interruptions in the process and lost assembly time,” Perry stresses.

Describing the new system as a “radical reorganisation” of the manufacturing process, Warrington highlights that the main aim is increased flexibility, reducing process waste and ensuring a consistent quality through standardisation. “It is entirely adaptable to different products, sizes and volumes.