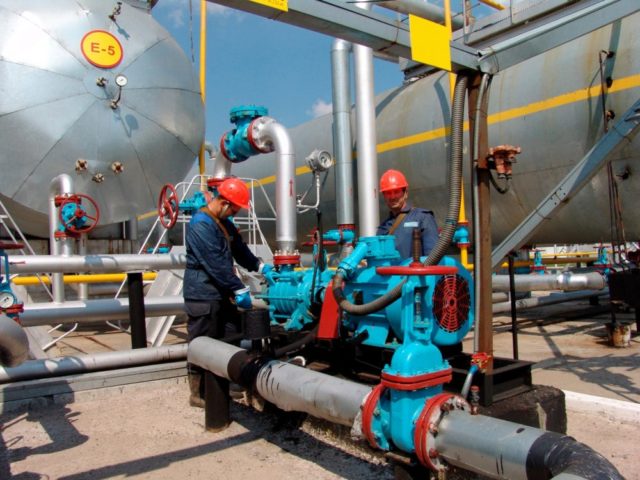 SKF South Africa notes that optimising the lifetime of a pump or fan can be assured through upgrading and the use of monitoring techniques.

Lars Kahlman, senior application specialist at SKF South Africa, says that pumps and fans are the foot soldiers of the process industry, but their quiet dedication means they are often ignored.

This is done at the operator’s peril, because when these components break down – or run below optimum efficiency – the whole process suffers.

Manufacturing and process companies are under huge cost pressures at the moment, making it vital to maximise assets and maintain uptime.

Only recently, a processing giant was forced to run its Finnish refinery at 70% utilisation following a malfunction in one of its cooling systems.

The problem is expected to cause production losses of several tens of millions of euros – which drives home the importance of the humble fan to overall profitability.

The specific refinery problem was caused by a new air cooler, which was installed during a recent maintenance turnaround – showing that even brand new components can cause problems.  If a component is malfunctioning, the temptation is simply to replace it.

However, an upgrade – by relubricating, or changing a bearing set, for example – often makes more sense. Replacing a part can mean huge upheaval, as the old machine is removed and a new one installed.

Although, people underestimate how much is involved in this process, upgrading can avoid all that – and is likely to cost less.

In fact, upgrades are a necessary part of building plant efficiency over time.

When commissioning a new plant, there is rarely enough money upfront to buy the best equipment across the board.

However, it can actually be better – both economically and technically – to upgrade equipment over time. It helps operators focus on equipment with reliability issues and avoids ‘design overkill’ on the original plant.

“A word of warning: safety must never be compromised,” says Kahlman.

Plants that are specified with too much emphasis on cost reduction run the risk of being ‘under designed’ – and that can be dangerous.

In most cases, pumps and fans are upgraded to improve reliability or efficiency.

A good example of a pump reliability upgrade is changing the lubrication system.

In hot, humid regions – or a humid environment like a pulp and paper mill – there’s always a danger of bearings corroding through water ingress.

The atmospheric moisture gets into the oil sump and condense, and is transferred to the bearing by the oil rings. Just 200ppm of water in oil is enough to degrade bearings fast.

A common solution is to fit an oil mist lubrication system e.g. the SKF Alemite ones, which sprays micro-sized droplets of oil at the exact lubrication point. It guarantees fresh oil in the system and cures water ingress.

This type of system is becoming more common: around half of all refineries in the United States (US) are now using oil mist systems in their pumps.

One of the most effective efficiency upgrades is to introduce a variable speed drive (VSD) to the pump or fan. Done properly, this can slash energy consumption by a huge 30%.

However, the electrical output of the drive can cause arcing – which can destroy the bearing in a very short time. In extreme cases, this can happen inside three days.

Kahlman adds that this is particularly important for smaller motors.

Other measures – such as brushes, earthing, insulating couplings and special condition monitoring – can also help to alleviate the problem.

On the surface, it appears that introducing VSDs is adding a problem. However, the huge saving in electricity far exceeds the extra cost of fitting the VSD and upgrading the bearing system.

Fans have many similarities with pumps – but it’s true to say that fans often start with worse original design conditions.

“At SKF we have a portfolio of upgrades such as self-aligning bearing systems, fan oil lubrication systems etc. that can help to boost their efficiency and reliability. For certain types of fan, the scope for upgrade is even larger than it is for pumps,” says Kahlman.

As with pumps, VSDs can help to boost the energy efficiency of fans. However, insulated bearings help to extend component lifetime.

Another problem – far more common on fans than pumps – is misalignment.

This is even more prevalent for large fans, which are commonly used in industries including pulp and paper, cement and metals processing.

An effective solution is to specify a self-aligning and axial free bearing, such as SKF CARB toroidal roller bearings.

This corrects angular and axial displacement, while a standard spherical roller bearing takes the thrust loading.

When upgrading, it is common to replace both standard roller bearings with the new arrangement – rather than simply inserting one self-aligning bearing.

With or without an upgrade, it’s possible to further extend the lifetime of pumps and fans by keeping a close eye on them through online asset monitoring.

This technique is commonly used to monitor expensive, process-critical equipment by spotting problems as they happen.

For example, it can detect the tiniest changes in bearing vibration – giving an early indication of impending failure, and allowing remedial action to be taken before the problem escalates into inefficiency or even catastrophic failure.

It is usually applied to expensive machinery, but the emergence of reliable, affordable sensors – and the ability to process large amounts of data – means it can also be used with smaller equipment such as pumps and fans.

Equipping each pump or fan with sensors, including a transmitter, as done in SKF Wireless Machine Condition Sensor, allows the creation of a sensor network.

Output data can regularly be analysed and acted upon, e.g. sensors can identify whether cavitation is developing in a pump – allowing operators to respond to the problem by adjusting its running speed, or switching to a back-up pump.

There are often hundreds of pumps in a process plant or refinery, however the challenge, as always, is to process the vast amounts of data generated by the sensors.

Online monitoring can be used to nurse a ‘problem’ machine back to health – by monitoring it more frequently than similar machines.

It also allows machines in hazardous areas to be monitored without endangering staff – or, at least, by minimising the number of times they have to check the machine.