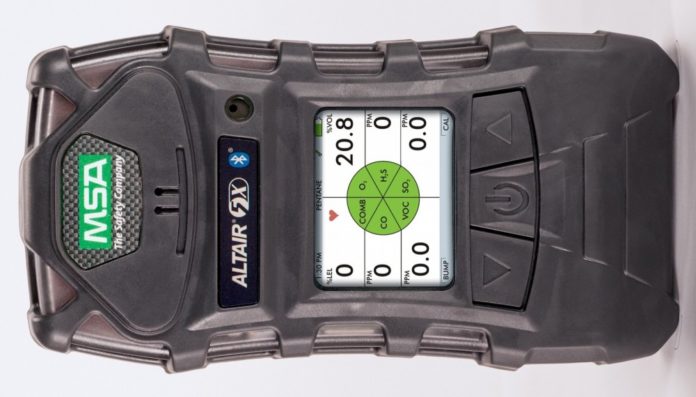 The XCell Sensor technology in MSA Africa’s Altair 5X plays an important role in ascertaining safety, and significantly reducing the risk of exposure to volatile organic compounds, which can pose serious health hazards if inhaled by those working in harsh environments.

It boasts MotionAlert and InstantAlert, which are additional safety alarms.

Mohun highlights that the Altair 5X is agency approved and holds an IP 65 rating certification. “The sensor will last for at least four years and can survive multiple incidental drops of up to 3 m onto concrete. Our customers will also continue to benefit from the fast sensor response of MSA XCell combustible, toxic and oxygen sensors currently used in the Altair 5X.”

A Photo Ionisation Detector (PID) can be added to the compact instrument, which can be worn all day unlike most PIDs. It includes Bluetooth wireless technology that can be used with Android devices and the MSA app to wirelessly manage instrument data and setup. “It has proved to deliver advanced safety and cost savings for thousands of satisfied customers worldwide,” Mohun continues.

VOC detection can now be fully integrated into customer instrument fleets using the GALAXY GX2 Test Stand and MSA Link Pro Fleet Management software infrastructure, enabling data access and control of the Altair Gas Detector. It has an 18 language capability and comes complete with sensors and a rechargeable battery with 13h autonomy. What’s more there is a two-year warranty on NH3 and Cl2 XCell sensors.