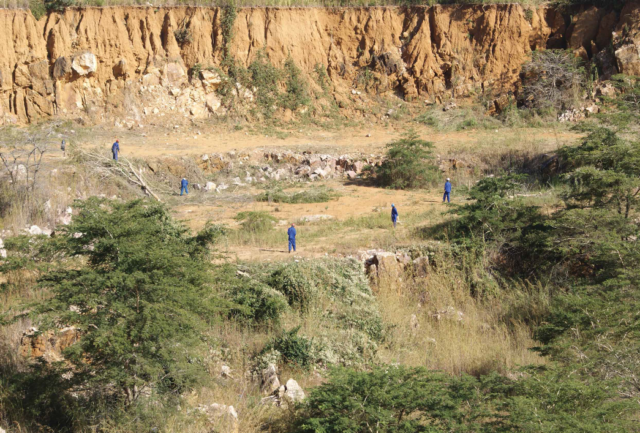 Alecto Minerals, the AIM-listed Africa-focused gold and base metal junior company, has signed an agreement for the proposed construction of mining operations at Matala.

Zambia – The agreement follows positive results from a feasibility study (FS) on its wholly-owned Matala gold project. The agreement will see Alecto Minerals work with Yantai Xinhai Machinery Co. Ltd (Xinhai) and PenMin with respect to the proposed construction and financing of mining operations at Matala.

This latest milestone is in line with the company’s stated strategy to deliver gold production from the project as quickly as practicable.

PenMin has delivered an FS on Matala demonstrating positive economics for a 400 000 tpa oxide and transitional open pit operation with a mine life of approximately 4 years 8 months at $1 200/oz gold with exploration upside and underground potential:

Agreement of all parties to enter into a proposed Design, Build and Operate (DBO) contract under the International Federation of Consulting Engineers (FIDIC) ‘Gold Book’, 2008 standards for the process plant and associated infrastructure.

[quote]Xinhai has agreed to arrange Vendor Financing for the DBO contract having confirmed that it is satisfied with the technical and financial outcomes of the FS.

During the operational phase, Xinhai and PenMin will jointly manage the plant’s operations, the control of which will be transferred to Alecto on conclusion of the term of the contract.

Proposed Vendor Financing will be by way of a loan – Alecto will therefore remain the sole owner of the project.

“The signing of this agreement and, more importantly, the commitment from Xinhai to arrange Vendor Financing, de-risks the Matala gold project significantly and is testament to the excellent opportunity that the project represents for stake holders,” says Alecto Minerals CEO Mark Jones.

“In recent months, we have developed a strong relationship with both PenMin and Xinhai that has provided Alecto with the confidence we need to partner with them in both the development and operational phases of the project. There remains a lot of hard work to be done before we can commence development on the ground, but considering how far we have come since the acquisition was completed just five months ago, I am confident that we will deliver further progress in the months ahead.”