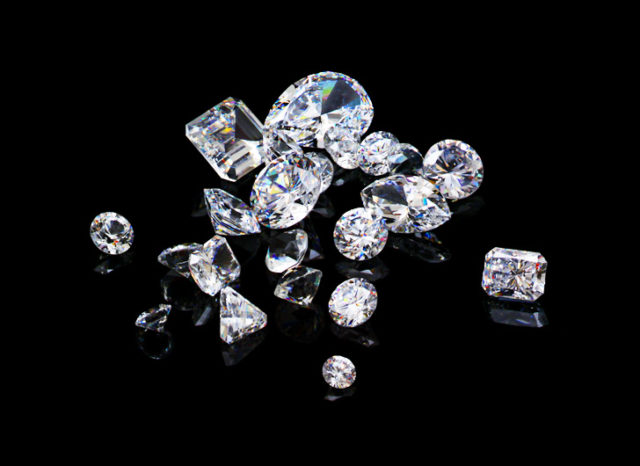 With operations at Kareevlei progressing towards target levels of production BlueRock Diamonds is evaluating several new prospects with a focus on diamond deposits.

The profile of diamond producers has become extremely polarised in the last five years at the very large and very small end of the spectrum. BlueRock Diamond’s management see an opportunity in the market to take on attractive, known diamond deposits too small for the larger players and out of reach of the small operators.

The AIM-listed diamond company’s new crushing and screening Kareevlei operation (in South Africa) is now fully operational, has been tested under full load and is performing well. BlueRock now has the capacity to produce sufficient material to supply the processing plant and also create stockpile for night-shift operations.

This significantly aides its ability to meet production targets as well as reducing running costs per ton.

“Kareevlei mine has had a significant overhaul over the last nine months. We have made many changes to the operation and we move into this new phase of increased production with excitement,” states CEO, Adam Waugh.

The company intends to work a five day, 24 hour production schedule with maintenance being carried out on Saturdays.

The diamondiferous kimberlite rock being processed is still higher in water content than normal but is treatable and being fed at approximately 80% of optimal rates.

The company has also agreed the terms of a £150 000 unsecured loan facility with Tim Leslie and Paul Beck, two of its directors, and Mark Poole, one of its major shareholders in order to provide extra working capital required largely as a result of the delays caused by the unusually high rainfall that has been experienced in the Northern Cape over the last couple of months.

[quote]The loan facility, comprising of a maximum contribution from Tim Leslie and Mark Poole of £62 500 each and Segar Properties, a company wholly owned by Paul Beck, £25 000, has a term of six months and a coupon of 10% per annum, payable at the end of the term.

Where a company enters into a related party transaction, under the AIM Rules for companies the independent directors of the company are required, after consulting with the company’s nominated adviser, to state whether, in their opinion, the transaction is fair and reasonable in so far as its shareholders are concerned.

The directors independent of the transaction, Adam Waugh and André Markgraaff, consider, having consulted with SP Angel Corporate Finance LLP, the company’s nominated adviser, that the terms of the related party transaction are fair and reasonable insofar as the shareholders of the company are concerned.