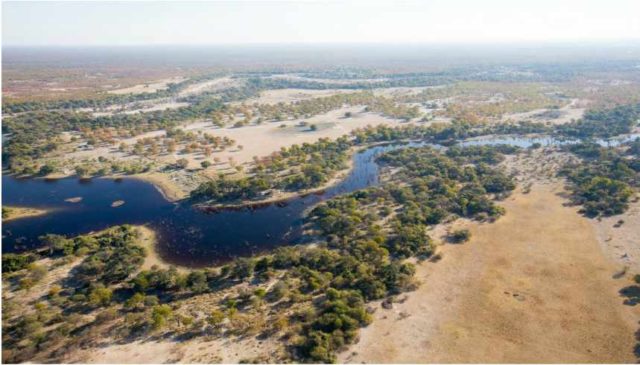 Over 2000 multi-disciplinary geoscience datasets have been downloaded free-of-charge from the Botswana geoscience portal since its launch in 2016.

Mineral explorers, government and academic researchers, and other key stakeholders from more than 35 countries have visited the public repository to access the 10 gigabytes of pre-competitive geoscience data stored online.

The portal, developed to promote and stimulate exploration activity in the Ngamiland region in northwestern Botswana, is a collaborative partnership between the Botswana Geoscience Institute (BGI), the mineral resource industry and software development company Geosoft, who developed and hosts the portal.

Launched in April 2016, the geoscience portal aims to help Botswana attract new investment in resource exploration, improve transparency and stimulate collaboration between government, industry and the public to advance understanding of the economic and social needs of the North-West district.

“The response from the geoscience community in Botswana has been very positive,” says Tiyapo Hudson Ngwisanyi, CEO at the BGI. “Raw geoscientific data is critical in the mineral industry because people can manipulate it in such a way that it brings out features that they need.”

Ngwisanyi hopes that as the technology used to integrate and visualise exploration data evolves, data archived in the portal can be reprocessed in new ways to uncover previously hidden features, and attract new investment to Botswana from around the world.

“It is important for our government to safeguard all data that has been collected so that it can be used by others, explains Ngwisanyi. “To have comprehensive data in one place eliminates the need to re-do certain surveys and reduces the cost to those companies.”

“We have been monitoring the use of the portal on behalf of the BGI,” says Troy Wilson, senior director of strategy and business development with Geosoft.

“The top five countries downloading data are Australia, Botswana, South Africa, the UK, and Canada, along with a significant number of resource companies. It was great to see that the second-largest number of data consumers came from Botswana.”

To date, the most popular downloads are the raw geophysical and geochemical datasets.

Building on the success of the Botswana Geoscience Portal, Geosoft’s government segment team is actively engaging with international government agencies seeking to improve access to their data repositories.

“Geosoft is developing new ways to empower governments to curate their geoscientific data and collaborate openly with other government agencies and industry stakeholders,” said Wilson. “There’s an urgent industry need for more jurisdictions to make pre-competitive data available to stimulate exploration, and we’re excited to play a role in meeting that need.”