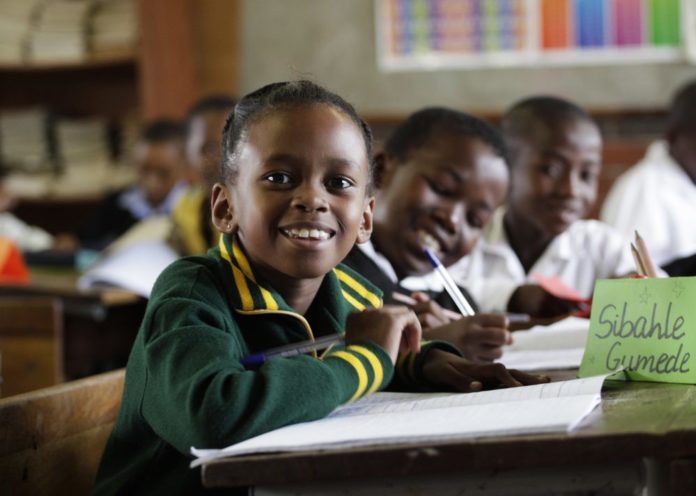 The Chamber of Mines views education as “absolutely key” to South Africa’s future, not only to grow the mining industry, but also to enhance opportunities for the citizens of the country.

Chamber of Mines CEO Roger Baxter says: “As the largest private sector funder of training and development, the mining industry recognises that there is a role to play for the private sector.

“The Chamber of Mines is of the view that all stakeholders have a responsibility to contribute towards the development of the people of South Africa,” says Baxter.

The mining industry is fully committed to developing the skills of both current and future employees and in particular, those of the youth.

In the 2015 financial year alone, the Chamber and its members invested more than R5 billion in skills development and education projects. This figure excludes the 1% skills levy the industry contributes towards the development agenda of South Africa.

The focus areas of the projects range from tertiary education bursaries for scarce skills, to technical and artisan skills training programmes and adult education and training initiatives.

Over the past five years, the members of the Chamber have supported around 12 500 students by providing bursaries at a number of tertiary institutions. This is in addition to scholarships for the children of their own employees ranging from primary school to tertiary education, the Chamber notes.

During the same period, 5 500 students and graduates participated in mining industry workplace experience programmes and were provided with internships in workplaces.

In total, 18 000 students were supported over a five year period at a cost of more than R1.5 billion.

These opportunities include learnerships, bursaries to study at various tertiary institutions and skills programmes recognised by the Mining Qualifications Authority.

Furthermore, the Chamber’s members support the Education Trust which subvents the salaries of lecturers at institutions of education.

In 2015, the industry supported some 6 000 students in tertiary education institutions.

While the industry is making a significant contribution to tertiary education, it must be recognised that the sector is under severe financial distress.

In 2015, the South African mining industry was the only loss-making sector in the economy, making an accumulative loss of R37 billion.

“The Chamber and its members remain open to discussions around education, but these discussions simply cannot be divorced from the economic realities facing the sector,” Baxter concludes.