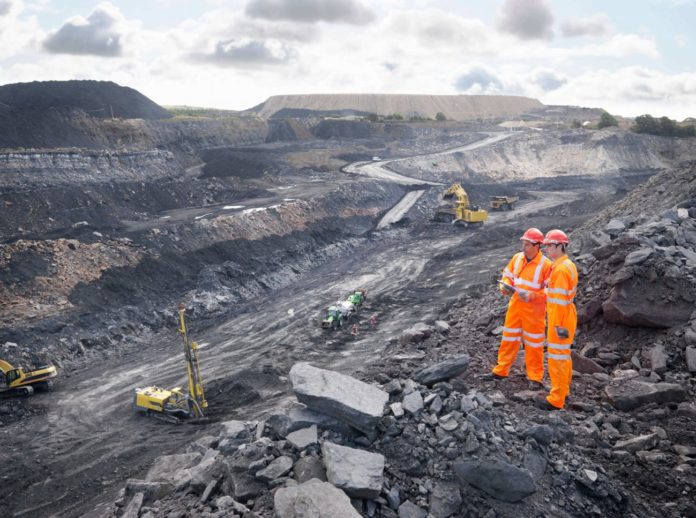 Changes are already being implemented to ensure this eventuates Oliphant also adds.

In a no holds barred address in the second day of the three day Paydirt 2016 Africa Down Under mining conference in Perth, Oliphant, says South Africa has a century old mining history and on all evidence to date, has at least another 100 years of discovery, exploration and mining.

“We are upbeat about the future, our mining sector is mature and resilient, has an enviable supporting infrastructure, and in just a decade, has doubled the number of mines and quarries from 800 to around 1 700 now across more than 50 mineral commodities,” Oliphant says.

The Deputy Minister recognised challenges in the sector however. “The past few years have been challenging for the sector, commodity prices have fallen sharply after a sustained boom despite the global financial crisis of 2008.

Mining is a cyclical business, however, and there are signs that we are reaching the bottom of the downturn in commodity prices and a new balance is emerging in demand and supply of minerals.

This was placed in the context of 3.3% GDP growth in the last quarter in South Africa driven in no small part by a 12% growth in the mining sector.

Changes to the MPRDA

In preparation for the next century of mining in South Africa, we have reviewed and proposed amendments to the mining regulatory framework, including the principle legislation, the Mineral and Petroleum Resources Development Act of 2002 or MPRDA.

“Since its promulgation, we saw that it had created an enabling environment for growth of the sector, rationalization of mining and prospecting rights, and further provided the basis for the transformation of the industry and its disassociation with apartheid exploitation economics,” says Oliphant.

The amendments to the MPRDA seek to:

Oliphant says the government of South Africa remained committed to encouraging direct investment in the economy at large and mining in particular.

“To this extent, we have engaged with stakeholders to identify their needs and concerns,” he says.

“Principle amongst these is regulatory efficiency and the cost of doing business and we are addressing these through initiatives like the development of Special Economic Zones and the establishment of a one-stop shop for investments, called InvestSA.”

Oliphant adds that South Africa will also continue to pursue value addition and beneficiation, and leverage its position as supplier of 80% of global platinum output while addressing energy security through development of fuel cells.

In particular, however, South Africa’s future mining history would overturn the lack of environmental responsibility that dogged its past.

“The next century of mining must also be characterised by environmentally responsible and sustainable mining. Long after the life of mine or depletion of resource, we want to not only see thriving economies, but an environment that has been faithfully rehabilitated,” Oliphant says.

“Let us not repeat the mistakes of the past, or to do in other jurisdictions that which we would not be allowed or inclined to do at home. In South Africa, we are still dealing with the legacy of environmentally irresponsible mining in the form of over 6 000 derelict and ownerless mines- so to speak- and acid mine drainage which pose real dangers to communities on a daily basis,” Oliphant stresses.

The cost of closing shafts and holes left open as well as rehabilitating land and water systems in retrospect is exorbitant and is being borne by the public.

The Deputy Minister also spoke of the work to address the compensation of ex-mineworkers, treatment of mining related diseases.

“Some of these health issues are not emerging until 20 years or so after mining ceased, and due to the asbestos mining in the past, there are still ex-mineworkers being diagnosed with asbestosis.”

Oliphant referred to benchmarking studies undertaken in Australia with support of the University of Queensland and the need to address the growing demand for increased compensation in a sector that historically relied on cheap labour.