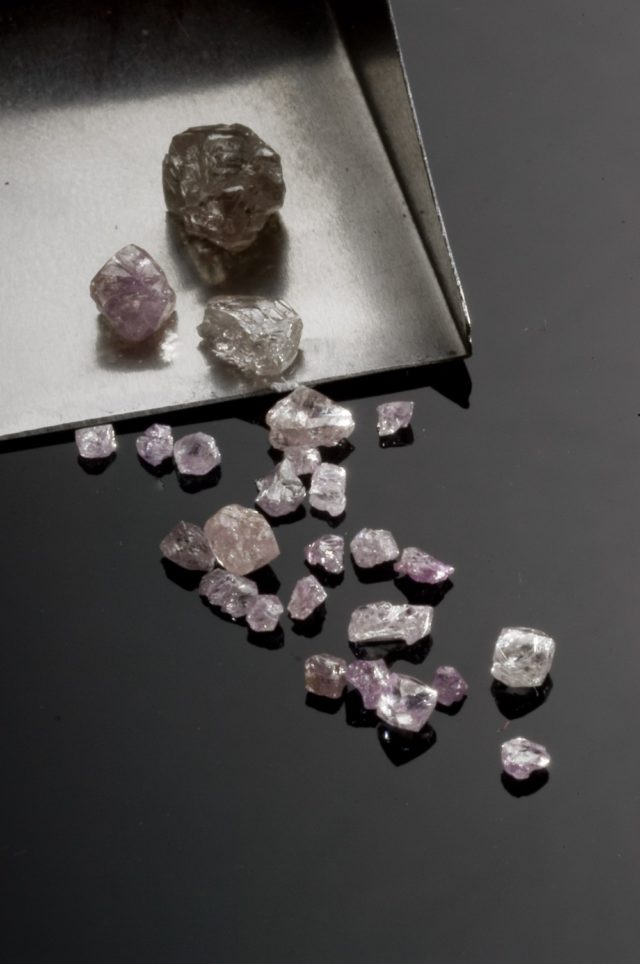 DiamondCorp has sold its first lot of diamonds, marking the first sale of kimberlite diamonds from the Lace mine since 1931.

DiamondCorp, the diamond mining, development and exploration company, sold a total of 8 648 ct of diamonds at the end of March through a combination of direct sales and competitive tender, with all lots on offer sold.

Of the 8 648 ct of diamonds sold, 6 247 carats were diamonds greater than 1.25 mm in diameter, which were recovered from kimberlite development and production ramp up.

[quote] These diamonds, which are representative of the plant in its current production configuration, were sold for a total of US$1.09 million, representing an average of $175/ct.

Further, 2 401 ct were from tailings production and fine diamonds less than 1.25 mm in diameter recovered during bulk testing when the plant was configured with finer bottom screens. These diamonds sold for a total of $0.046 million representing $19/ct.

Two special stones were included in the sales, including a 22.11 ct diamond, which was sold into the company’s beneficiation joint venture as an H coloured stone at $5 000/ct and a 1.08 ct Type II purple stone which sold at tender for $6 363/ct.

The 22.11 carat stone has been cut and polished into two stones – a 7.19 ct F coloured VVS2 emerald shape diamond and a E/F colour 0.85 ct pear shape diamond. The company will receive an additional 50% of the profit from these stones when the polished diamonds are sold.

“We are extremely pleased with the level of demand shown for the Lace production and the prices we achieved in all size categories. Overall sentiment in the diamond market remains relatively positive compared to the end of 2015, and the price increases seen in January are being maintained,” says DiamondCorp CEO Paul Loudon.

Meanwhile, during the three months ended 31 March 2016, DiamondCorp’s 74%-owned subsidiary Lace Diamond Mines continued with the implementation of the revised development schedule and budget for the ramp up of commercial production from underground kimberlite mining at the Lace mine.

Underground mining and development resumed in January and remains on target to achieve production of 30 000 tpm by July. Tailings retreatment has also resumed as an adjunct to processing of kimberlite from underground.

During the priod, the mine recovered 3 438 ct of diamonds.