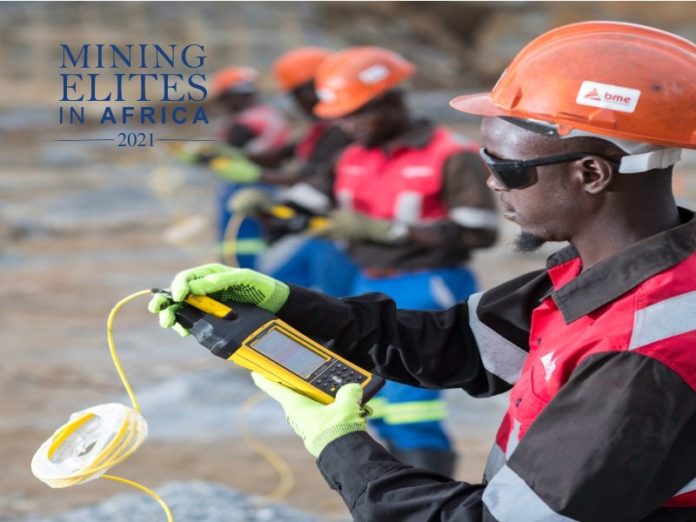 Blasting specialist BME in 2020 demonstrated the capability of its AXXIS GII electronic detonation system with a record-breaking blast at a manganese mine near Hotazel in the Northern Cape (South Africa).

It was used to initiate 3 780 detonators at the mine.

The blast used 461 t of BME emulsion products, which charged 2 679 blast holes with an average depth of 9.2 m. Some 890 000 t of overburden were moved by the blast, which was powered by high-quality emulsion from BME’s Losberg plant in southern Gauteng.

“Blasting is a very important piece of the mining process very often done very poorly. Ensuring a quality blast is key to a quality mining operation, and this technology assists in that process.” – Jim Pooley

While this blast was the biggest electronic detonator blast yet seen in South Africa, BME set a world record in Australia in 2018 when 7 350 AXXIS detonators were successfully fired at BMA’s Caval Ridge coal mine in Queensland.

Developed in-house by BME and constantly improved over the years, AXXIS is a fully programmable, accurate and easy-to-use system which is typically used in open pits but has been adapted for underground use as well.

For safety, it offers full two-way communication between the blasting box and detonators. The system can be programmed to fire detonators accurately at any time between 0 and 10 000 milliseconds at one millisecond intervals.

BME recently reported that the AXXIS TITANIUM system, the latest incarnation of the AXXIS range (it succeeds the GII version), is undergoing final trials in South Africa prior to being launched commercially.

The system incorporates a unique three-in-one blasting box that can also be configured as a control box or as a repeater box.

A larger number of boxes can easily be linked, as well as many more detonators, to improve efficiencies in blasting. The system speeds up the logging process while allowing on-bench logging and testing of up to 500 detonators.

The robust blasting box also benefits from even stronger shell technology, which is matched by tougher downhole cables. In terms of digital data transfer and storage, the system’s NFC communications protocols allow faster wireless transfer between loggers, with data stored and managed in the cloud.

BME has notched up a string of blasting records since it introduced its ground-breaking AXXIS electronic initiation system to the local market in 2010.

Early records included South Africa’s largest blast in 2011, which used 3 111 detonators to initiate a single blast at a nickel mine in Mpumalanga province.

A record blast of 3 256 detonators followed in 2014 at a South African platinum mine.

On the global stage, BME has also been leading the pack – with a world record blast of 7 401 electronic detonators in the main pit of Zambia’s Kansanshi Mine, the largest copper mine in Africa.