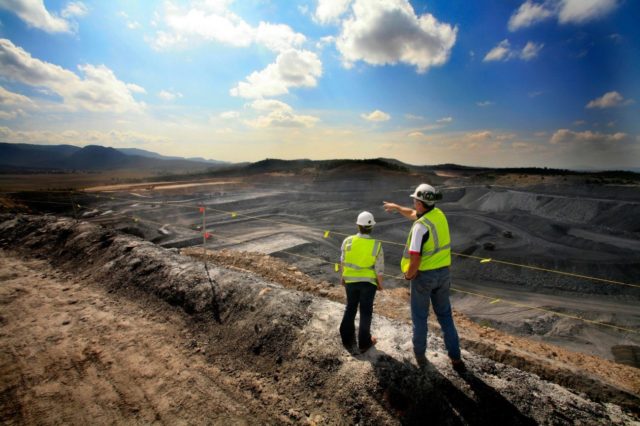 In his address to delegates at the Investing in African Mining Indaba, DMR Minister Zwane delivered a positive message aimed at promoting investment in South Africa.

Though it has been 150 years since the discovery of the alluvial Eureka diamond, in the Northern Cape, mining continues to be a pillar of economic growth in South Africa. It contributes about 8% directly to South Africa’s GDP and just under 460 000 direct jobs.

“With an estimated US$2.5 – 3 trillion in non-energy mineral reserves still in-situ, we are looking forward to another 150 years of mining in South Africa. We therefore invite the investment community and the mining industry at large to join us as we commence the next century of mining,” Minister Mosebenzi Zwane stated at the Mining Indaba.

To encourage greater investment in prospecting and development, Minster Zwane told Mining Indaba delegates that the Department of Mineral Resources (DMR) has directed the Council for Geoscience (CGS) to work on a high intensity 10-year mapping programme to develop an integrated, multi-disciplinary geological platform at a scale of one in fifty thousand [1:50, 000] nationwide.

“As I committed last year, government will do its part by ensuring an enabling environment for investment in South Africa. We have put all efforts in place to ensure that amendments to the principal mining legislation – the Mineral and Petroleum Resources Development Act – are processed and finalised as a matter of urgency. This process is well underway and public hearings are taking place towards the finalisation of the Bill. We expect it to be concluded by June 2017.”

On the revised Mining Charter, the regulatory tool governing transformation in the sector, the DMR has consulted extensively with stakeholders enabling the department to gazette the final Mining Charter by March 2017, “and it will be reflective of the views of stakeholders, in the interests of South Africa and provide for investor certainty.”

“We call upon investors to come to South Africa and engage us frankly as we move towards transformation of our economy. We will continue to have an open door policy,” Minister Zwane emphasised.

The government, also remains committed to enhancing the ease of doing business, and thus retaining the country’s reputation as a preferred investment destination, Minister Zwane noted.

“We have moved to improve regulatory efficiency through the integration of the applications for mining and related rights, water use and environmental permits.”

“We have established an Investment One Stop Shop, overseen by the Inter-Ministerial Committee on Investment.”

The One Stop Shop works to improve regulatory efficiency by providing multiple services from a single point, providing advice and addressing any blockages identified for those interested in conducting business in our country.

The DMR has also established an integrated plan for economic growth and development, the Nine Point Plan, which looks at cross-cutting issues such as infrastructure development, research, development and innovation as well as sectoral plans including mining and mineral beneficiation.

Beneficiation remains a priority in South Africa, and the DMR is inviting investors and mining companies to look to this as an opportunity for partnership and a mechanism for ensuring stable and growing demand for mineral resources.

“In this regard, we have developed a programme for Special Economic Zones, with an array of tax and investment incentives as well as bulk infrastructure to support the growth of mineral beneficiators. An example of this is the Musina Metallurgical Complex, in the Limpopo Province.”

“We also have world-class institutions including Mintek, an entity reporting to the Department, that stand ready to partner with business in the development and adoption of competitive technologies and processing for beneficiation.”

Minister Zwane continued noting that in the government’s efforts to support investment in mining and beneficiation, it has a particular focus on the growth and promotion of small and medium sized enterprises.

“We are of the firm view that a new era of junior to mid-tier sized mines is upon us. The large mining giants of today had their genesis in the junior mining sector. We further believe that most job opportunities lie with small to medium companies, hence in 2017 we will be focusing on the Promotion of Investment, with a special focus on junior miners.”

An area which continues to receive priority attention is that of health and safety. The regrettable accident which occurred at Lily mine in Mpumalanga Province a year ago remains “in our hearts and we will continue to toil to ensure that the families get closure.”

The Department will continue to enforce the legislation consistently, and I have full confidence in the officials who administer these laws Minister Zwane highlighted.

The DMR also remains ceased with ensuring that the illegal mining activities are prevented. In this regard, government will continue to collaborate with stakeholders in implementing the appropriate measures which will eradicate the illegal operations.

Closely linked to this element is the menace of illicit financial flows from the mining sector. Financial tools employed to avoid taxes and the fair share of mineral rents to the host governments only act to undermine the trust between stakeholders, and make for long term fragility of investments and the sector in South Africa, on the continent and globally.

“Let us work together to change the legacy of our sector and ensure that it is seen by all as a valued partner in development,” Minister Zwane concluded.