The DMR minister said this while tabling the department’s budget vote speech at the National Assembly.

“In a matter of weeks, you are going to see the Mining Charter gazetted,” said Zwane. He estimated approximately 60 stakeholders have been consulted so far, and that the DMR was almost “at the end of that consultation process”.

Zwane continued to say the Mining Charter will help empower the people of South Africa, including mining companies.

The gazetting of the Mining Charter, Zwane said, was one of the levers that would be used to drive growth and transformation after President Jacob Zuma called for the state to use all its regulatory tools to implement radical economic transformation.

“We will continue to use the regulatory tools at our disposal – the Mineral and Petroleum Resources Development Act (MPRDA) and Mining Charter, to drive growth and transformation in the sector,” explained Zwane.

He stated the DMR’s R1.779 billion budget for the 2017/18 financial year has been aligned to the priorities of the nation and to the long-term vision of socio-economic vision. 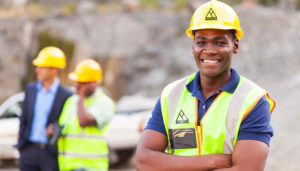 In South Africa, mining remains at the centre of the country’s economy.

Not only does it account for 7.9% of GDP and employs almost 460 000 people, it is the basis upon which other industries such as finance and manufacturing, have been built.

Zwane said he is of the view that mining will continue to play a key role in the country’s economy over the next 100 years and beyond.

This, he said, means that all stakeholders would need to work together with the DMR to ensure that the economy grows to benefit all South Africans.

“We are making decisive interventions to ensure increased black ownership and participation in the sector.

“In order to substantially boost the community development impact from mining through better implementation of Social and Labour Plans (SLPs), more emphasis is being placed on alignment of SLPs with the Integrated Development Plans of local municipalities.”

Zwane called on industry stakeholders to ensure that labour bargaining processes are held in a manner that ensures that there is stability in the sector.

“We continue to experience stability in the sector, with the peaceful conclusion of the October 2016 platinum wage agreements with the three major producers as an example.

“This represents a significant step in the continuation and strengthening of relationships built between the labour unions and mining companies since the signing of the Presidential Framework Agreement for a Sustainable Mining Industry in 2013.

“The DMR encourages stakeholders to continue in this manner as they hold wage negotiations in the year ahead, and also work with communities, as stability is critical for the long-term sustainability of the mining sector,” he said.

Zwane said attracting investment and growing the sector remains one of the department’s key focus areas.

He stated that since the announcement made at the Mining Indaba in February, of an integrated, multi-disciplinary geological mapping programme worth R20 billion over 10 years, the Council for Geoscience (CGS) has developed a plan of action to grow South Africa’s share of global exploration investment.

“As part of assessing the potential of the shale gas resource, CGS and Petroleum Agency South Africa (PASA) are conducting a scientific programme that will include the plan for its sustainable development.

“This will attract new investment in shale gas and the broader upstream petroleum sector,” he maintained.

The full address can be viewed here.

(Minister Mosebenzi Zwane, centre, on an underground mine tour)