The Arnot colliery dispute between Exxaro and Eskom remains on-going as Exxaro defends its stance against accusation about the mine's closure and CSA agreement.

According to Exxaro, discussions with Eskom have been on-going prior to 2013, wherein Eskom had indicated that the CSA ended in 2023, in line with the life of the power station.  Exxaro indicated a termination date of 31 December 2015 and requested Eskom to renegotiate a new CSA from Arnot colliery to the power station beyond the expiry of the CSA.

Exxaro proposed to Eskom that it would continue to produce coal for Eskom as per the CSA until December 2017 after the utility announced in September last year that the CSA was expiring in December – while the closure is planned properly as envisaged in the CSA. A response in relation to this proposal has not been received from Eskom.

Because Arnot colliery is a tied mine, Eskom is liable for costs and expansion initiatives to ensure the mine can sustain its supply rates. Eskom also has to pay all costs associated with closure of the mine and making good the deficit in the rehabilitation trust fund according to the CSA.

Leading up to the date of closure and in the closure plan, consultation between Eskom and Exxaro should have taken place to assess the costs associated with the closure. This has not happened.

Exxaro also says it has supplied Eskom with options to extend the Arnot colliery lifepan, including an optimised mine plan submitted in February 2016. Eskom has disregarded this, querying the confidence levels.

From 2011 to date, as opencast reserves depleted and challenging geological conditions were encountered in the underground sections, volumes decreased significantly and operating costs escalated.

Exxaro requested in 2010 that Eskom acquire additional surface rights to enable access to additional coal reserves on Mooifontein which could be exploited by opencast mining methods and hence maintaining cost competitive production levels and satisfy its obligations in terms of the CSA.

This would enable the maintenance of cost competitive production levels which were achieved in the period up to 2010.

Eskom’s delay in the acquisition of these Mooifontein surface rights prevented Exxaro from obtaining the environmental licences required to mine and deliver the contractual tonnages, from both underground and opencast operations, at a much lower cost compared to the cost indicated by Eskom in the media.

It is estimated that mining of the required Mooifontein reserves would reduce the cost to an average below R500/t.

Exxaro believes there are sufficient current and future reserves which can be mined at cost effective levels to meet Eskom’s requirements should the Mooifontein reserves be included.

There are approximately 70 Mt of which 34 Mt are underground and 36 Mt are opencast at Arnot colliery. There are also future reserves that exist within the Arnot mining area that could extend the life of the mine in future.

Exxaro is committed to reaching a solution that could (if accepted by Eskom) preserve a large amount of the jobs (1 800) at Arnot mine.

Costs for the FYE 31 December 2015 ended at R769/t and not Eskom’s R900/t claimed. This situation is foreseen for the next two to three years and will improve from 2017/2018 if the required additional Mooifontein reserves are exploited until the end of the life of the power station.

“We remain open to a resolution that is mutually beneficial and will enable us to continue to provide employment opportunities and contribute to the development of the local municipal economy and national fiscus,” Exxaro concluded in its statement.

Eskom says it is regrettable that Exxaro, the owner of the mining rights, decided to close the mine without fully exploring economically viable options.

[quote]“It is disappointing to note that Exxaro has, over time, given an impression that it was Eskom’s decision to initiate closure of the mine, which is not true.”

“We have been engaging in a multi-stakeholder forum with all affected parties including the Department of Mineral Resources and organised labour in a bid to save jobs.  However, Exxaro has the option to continue with the mine without an Eskom contract, which would save jobs,” says Eskom Group Executive for Generation Matshela Koko says.

“Exxaro’s revised CSA contract that was submitted to Eskom in February 2016 promises to halve the costs per tonne for Eskom, but lacks substance and commitment on their part. Eskom has responded to this proposal and awaits a more substantive proposal from Exxaro,” says Mr Koko.

Arbitration between Eskom and Exxaro continues.  It must also be noted that Exxaro had an option to respond to the request for proposal (RFP) for the Arnot coal supply contract issued by Eskom in August 2015 and they elected not to respond. 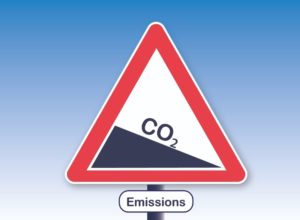